Three days to go to the start of one of the most iconic regattas of the international scenario, the Barcolana of Trieste, and the collateral events start entering in their full rhythm.

After a morning briefing and breakfast held in the hospitality lounge, right in the main square of the city of Trieste, the fleet left the moorings for the first start of the Fincantieri Cup at 1pm, heading to the close race course set between the “Molo Audace” and "Molo Bersaglieri".

Hundreds of spectators were fascinated by the speed of the M32 catamarans and watched the races from the shores of Trieste. The ship “Amerigo Vespucci” from the Italian navy, moored just few meters away, made the scenario of the race course even more beautiful.

After five races completed in a whole afternoon of sailing, the provisional leader of the Fincantieri Cup is GAC Pindar, with a total of 11 points and three bullets. Tied in points with GAC Pindar, Vikings follows in second position, having scored the other two bullets of the day.

The light breeze conditions of today were not a favorite for Andrea Lacorte, who closes the day in third place overall with his Vitamina Veloce, while Shark Team and Section16 complete the provisional ranking in fourth and fifth position respectively.

The M32 will get back on the race course tomorrow, at 12pm, for the second and penultimate day of racing of the Fincantieri Cup. 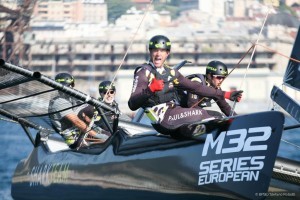 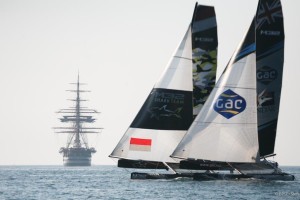 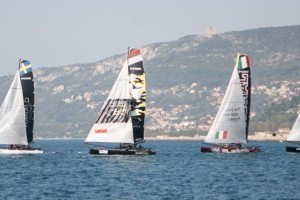 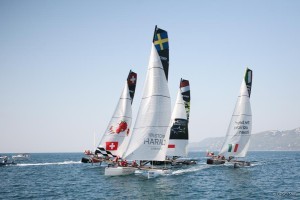 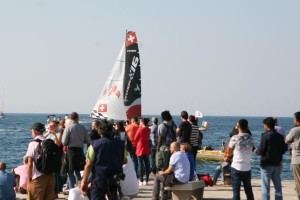 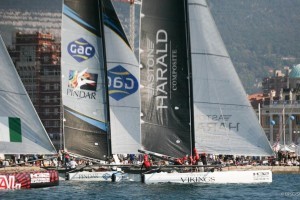 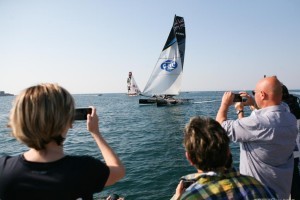