Light breezes and long waits were the protagonists of the second day of the Fincantieri Cup, sixth and last event of the M32 European Series organized by BPSE.

Differently from yesterday, the breeze has been very light and sometimes even inconsistent, so much that the race committee has been forced to display at first AP flag ashore and, after two races completed on the water, decided to abandon the day of regattas displaying an AP over Alfa flag.

Boat of the day was, also today, GAC Pindar by Ian Williams, scoring a bullet and a second. The second bullet of the day was for Richard Davies’ Section16.

After seven races completed, GAC Pindar leads the pack with 14 points, followed by Hakan Svensson’s Vikings (2-3 the scores of today) with 16 and Andrea Lacorte’s Vitamina Veloce (3-5) in third position.

The provisional ranking is completed by Section16 (4-1) and Shark Team (5-4) by Guido Miani.

Tomorrow, races will resume at 11.00 and, after the day of racing, the 2018 Cetilar Sailing Series Champion will be crowned in the Barcolana village. 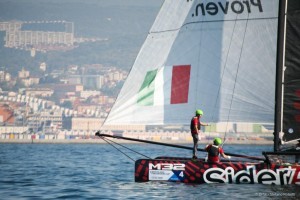 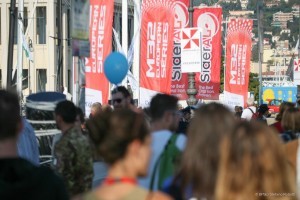 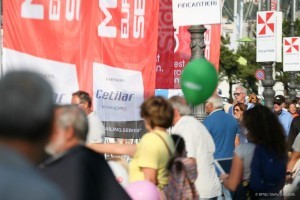 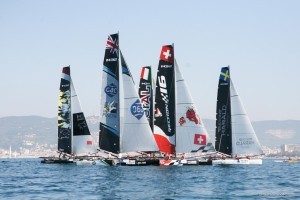 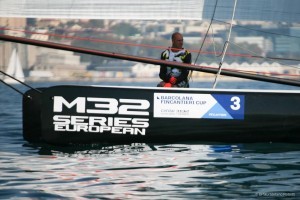