Jorge Zarif attended the SSL Finals in three different occasions. The first time was in 2014, invited as a very young Finn World Champion, both junior and senior, then again in 2015 for his Finn sailing achievements. He was accompanied both times by very expert Brazilian Star crew Henry Boening, and they seemed to have a great feeling in 2014 finishing fourth, but not so great the second time when they were last. Zarif was invited once again to the SSL Finals in 2016 by Bruno Prada (BRA), who, as first ranked crew, could pick his own skipper and attend the event. His best result in Nassau, Bahamas, remains the fourth he conquered in 2014 though.

“It was the only way we could be admitted at the SSL Finals - said Jorge Zarif - we had to win the Star World Championship to go to Nassau, and it was one of the goals for this year for me and Guilherme. We’ve been training for a year together, we finished third at the Western Hemisphere in Miami in May, our coach Luca Modena optimized the boat before that, and followed us with training sessions throughout the year, but I was also very busy with my Olympic campaign on the Finn, so I didn’t have so much time. Winning this title feels special, not only because I will be going to Nassau thanks to it, but because my late father was a Star and Finn sailor and now he will be proud of me having won both World titles.”

Guilherme de Almeida has also been three times to the SSL Finals, always with super hero skipper Torben Grael (BRA). In 2014 they finished 13th and the result didn’t improve in 2016 and 2017, even though together they were quite successful: third at the Europeans in Gaeta in 2015, won the North American in Oxford, MD, in 2014 and finished third at Bacardi Cup that same year. Guilherme has been sailing the Star for a very long time, he was a young teenager when Jorge’s father would have him as his crew in Brazil and now he’s just won the Star World Championship with his son.

“The SSL put us under huge pressure - said Guilherme de Almeida, who is a very renowned Dermatologist in Sao Paolo - we had to win this in order to go to Nassau, and so we made it happen together!”

The Opening Ceremony for the Star Sailors League Finals will take place on Monday December 3rd. The Medal Ceremony will be held right after sailing on Saturday December 8th, at Nassau Yacht Club, where on the same evening there will the Prize Giving Ceremony.

The action will be streamed LIVE on the Internet with expert commentary from special studio guests. On the water, the latest in hi-tech camera technology, as well as 3D Graphics, will provide thrilling viewing. 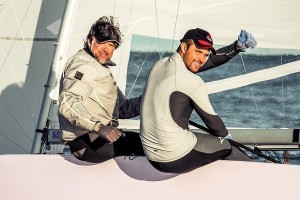 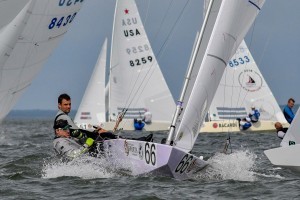 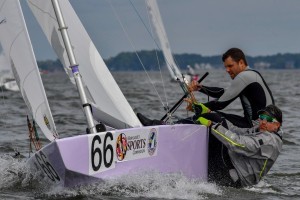