An elite gathering of 25 star-studded teams will be competing at the 2018 SSL Finals in the Bahamas next month, including 15 wildcards drawn from many corners of the world of high-level sailing.
Last year’s one-second victory by International Moth World Champion Paul Goodison in the winner-takes-all final race showed that a wildcard invitee can prevail over the Star boat veterans. This will bring great hope to the Laser sailors (Goodison was the 2008 Laser Olympic Champion) such as Pavlos Kontides from Cyprus, the London 2012 Olympic silver medallist, the 2017 and 2018 World Champion and this year’s Rolex World Sailor of the Year.
Kontides’ friend and training partner Tonči Stipanović from Croatia narrowly missed out on Olympic gold at Rio 2016, but the Olympic silver medallist and two-time European Champion clearly has the talent to do a ‘Goodison’ at this year’s contest in Nassau. Italy’s Francesco Bruni and New Zealand’s Hamish Pepper also did their time in the Laser before moving into the Star class, both representing their nation at the Olympics and in the America’s Cup, including victory for Pepper in the 2000 Cup in Auckland. Pepper is a former Star World Champion who will relish the short-course challenge in the SSL Finals.

Georgy Shayduko won an Olympic silver medal at the 1996 Games for Russia, competing in the three-man Soling keelboat, a class in which he also won two world titles. At 56 years old, he’s one of the older competitors in the line-up but will be keen to show the younger guns how it’s done.
This event will be the first time the three medal winning skippers from London 2012, the last Games in which the Star appeared as the Olympic keelboat, will line up against each other since that epic showdown in Weymouth six years ago. The gold-medal winning skipper Freddy Lööf will be racing, although not with his former winning crew Max Salminen, who takes the helm of his own Star boat in Nassau and will be keen to show his old team mate a thing or two about how to steer this challenging and technical boat. Salminen has gone on to forge a successful career in the Finn including victory at last year’s World Championships and only narrowly missing out on defending his title in Aarhus earlier this season.
Another of Lööf’s medal-winning crews from his Star days, Anders Ekström, will be crewing for Iain Percy, Great Britain’s silver medallist from London 2012 who makes an emotional return to the Star class, a boat he has found it difficult to come back to after losing his former crew and best friend Andrew ‘Bart’ Simpson following a tragic accident during the build-up to the 2013 America’s Cup. The bronze medallists from London 2012 are also here, five-time Olympic medallist and Brazilian legend Robert Scheidt being crewed in Nassau by Henry Boening, while Scheidt’s former crew Bruno Prada is crewing for Augie Diaz, a Star World and European Champion from the USA.
Young sailors and first-time world championship winners in their respective Olympic classes - for example Kevin Peponnet (470, France), Zsombor Berecz (Finn, Hungary) and Ruggero Tita (Nacra 17, Italy) - will get the opportunity to line up against some of the big names who earned their fame years ago. Brazilian sailor Lars Grael is a two-time Olympic medallist while Paul Cayard has succeeded at almost every level of the sport, from representing the USA at the Olympics, winning a Star world title, skippering numerous America’s Cup campaigns and winning the Whitbread Round the World Race more than 20 years ago.

Other ones to watch include this year’s surprise 49er World Champion Šime Fantela, the reigning 470 Olympic Champion from Croatia who proved himself very capable of winning races the last time he was invited to the SSL. And last but not least, the most successful team in the short history of SSL competition, Mark Mendelblatt and Brian Fatih of the USA, who seem to relish this sudden-death knockout format.
After four days of qualification rounds for all 25 crews, the competition goes into the knockout stages on Saturday, December the 8th. Single races decide who survives and who is heading for the dock. The last four teams will contest a thrilling final race, the first to finish will be the winner of the 2018 SSL Finals and take home the lion's share of the $200,000 Prize Purse.

You can join all the action live and free streaming on internet with expert commentary from special studio guests. On the water, the latest in hi-tech camera technology, as well as Virtual Eye 3D Graphics, will provide thrilling viewing. 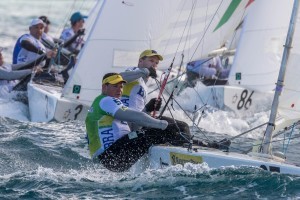 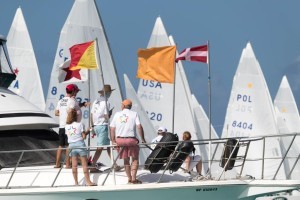 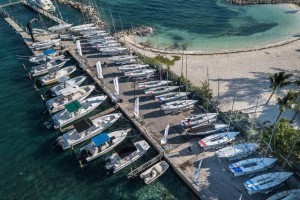 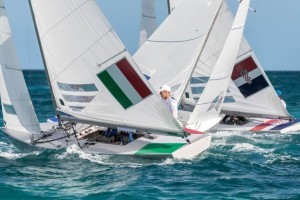 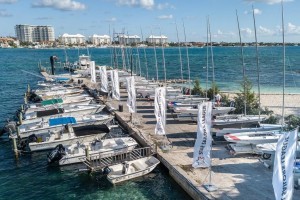 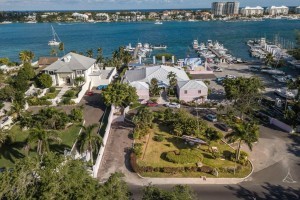