Nicklas Dackhammar and his all-Swedish Essiq Racing Team wrote their name in the history books yesterday as they became the first name to be scratched on to the WMRT Regata de Portugal Trophy, a great moment for the team to take their first win at a Championship level event.

Yesterday began with the Semi Final Stage, Ian Williams up against Harry Price and Nicklas Dackhammar looking to reverse history and take down Yann Guichard.

Despite Britain’s Ian Williams winning the pairing 2-0, Harry Price was optimistic after their Semi Final clash on his overall performance this week in Lisbon, finishing third after a win in the Petit Final over France’s Yann Guichard.

“A fantastic result for us getting third place. It really topped off our season being quite consistent. We’ve had a fourth, sixth and now a third. We’re really happy to be on the podium for our first Championship level WMRT event.”

This is only Price’s second competitive season on the World Match Racing Tour.

Dackhammar’s all-Swedish setup with brother Pontus onboard, as well as Jakob Wilson and Fredrik Aurell is a change from his 2017 campaign and the shift to bring more experienced hands onboard has produced a mature team who can be consistent at the top level, epitomised by today’s results. In the Semi Final Stage he bested Yann Guichard of France in two straight matches to settle a score from Marstrand where the two also met in the Semi Final Stage.

In what was scheduled as a first-to-three point final, Ian Williams and his GAC Pindar took match one in the forecasted Easterly breeze which has been consistent all week long in Lisbon. However, as has also been the story of the week, as the tide turned and the afternoon breeze died off, conditions became a lot more difficult to sail in.

In match two Dackhammar had his chance and pounced on the Brit to win the second. From the start boat, PRO Mattias Dahlström said “the boats just made it to the finish line in the last race, but then after that it was simply too light to start another. The breeze kept fading and puffing in different spots so we stayed out for an extra hour hoping to setup a course but nothing stabilised.”

With the score at one-a-piece in both the Final and Petit Final matches, the race committee had to turn to the rulebook to dictate a winner. Dackhammar and Price took their matches respectively because of their win in the last race, leaving Williams and Guichard waiting for China to stake their dominance again.
With a consistently strong year, Dackhammar is definitely peaking at the right end of the season. “We are happy. We are really happy. It feels really good. We’ve had an epic season.” Said Dackhammar. “We had a team meeting in February and we said we wanted to race the final day in each event. We had the third in Marstrand, we missed out on the medal in Risör and now we got things together to get the win in Portugal.”

“GAC Pindar are disappointed not to come out on top.” Said Ian Williams. “We felt like we had a strong regatta in the match racing and fleet stages. But well done to Nicklas Dackhammar and his team on their win and we will be looking forward now to the Final in China.”

Now comfortably on top of the WMRT overall leaderboard, Dackhammar will be one to watch at next month’s Tour final in China and could be a dark horse of the competition, especially so after knocking out reigning World Champion Torvar Mirsky in yesterday’s Quarter Final Stage. Conditions in China last year were similar to those in Lisbon this week, providing the top teams this week with valuable light wind practice ahead of the Final.

The inaugural Regata de Portugal on the WMRT calendar has been a thoroughly enjoyable experience for teams both on and off the water. The event village has been a hive of excitement on Lisbon’s coastline and has generated great audience viewing.

Commenting on the week in Portugal, Harry Price said, “I think everyone is really excited to see how this Regatta de Portugal will come about next year. It’s been a fantastic event this week.” 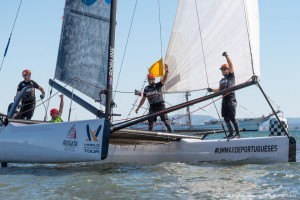 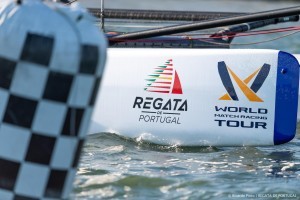 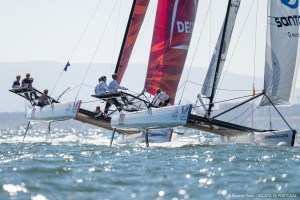 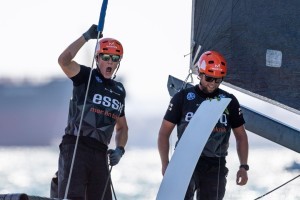 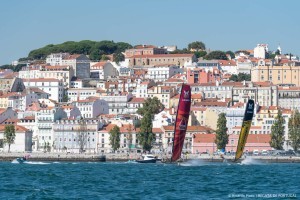