Fifth Estonian joint at the 50th boat show in Düsseldorf

A big and small anniversary in Düsseldorf, Germany: Estonia, the Baltic pearl, is celebrating its fifth joint stand at the 50th anniversary celebrations of the world's largest water sports exhibition “boot”. From 19 to 27 January, nine companies will showcase their products locally in the four halls 8a, 10, 13 and 15. Three world premieres of the sailing yacht Saare 38.2 and the motorboats Alunaut A10 RIB SAR and LarsenB 920 will be the presenting highlights on Tuesday 22 January at 11am (Saare) and 3.30pm. These will be unveiled during the course of the traditional Estonia reception with the ambassador of the Republic of Estonia, Mart Laanemäe, and acclaimed representatives from the Ministry of the Economy. When the Estonian Business Development department, Enterprise Estonia, first organised a joint appearance in 2015 at the world’s number one water sports trade fair, only insiders really knew the quality of Estonian boats and equipment. The tourist advantages of the sun-kissed coasts between the capital city of Tallinn and the port city of Pärnu in the south were also still largely unknown.

Last but not least, by continuously exhibiting at “boot” in Düsseldorf, the spotlight has been shone on the importance of the maritime sector in the northern Baltic region far beyond Central Europe, which is based on a centuries-old tradition in Estonia. A prime example of a thriving German-Estonian collaboration is the Saare Yachts shipyard in the town of Nasva on the island of Saaremaa. Under the joint management of Thomas Nielsen (Yachtsport Eckernförde, Germany) and Peeter Sääsk, the Saare 38.2 has been developed, and this will be exhibited in Hall 15 on Stand B03 as a world premiere alongside the Saare 46cc. It is the logical development of a classic cruising yacht for long-distance sailing with small crews. Great emphasis has been placed on comfort when living on board, even for more than several weeks. “From conversations with customers and observations in the ports, we know that many yachtsmen and women don’t care about having as many berths as possible,” says Nielsen, “but they want it to be practical and convenient for two people on-board, with, at most, two occasional guests, even if they have already reached retirement age. And they want the amenities on a manageable size of boat.”

So water maker, air conditioning and a generator for a yacht that is 11.40 metres long and 3.66 metres wide are just as exceptional as a walk-in storage room with heating for the oilskins. Additionally an extended workshop on request, a seagoing pantry with a 97-litre cool box and an owner's double berth that is more than two metres long. Appearing on the joint stand at the “boot” exhibition for the first time is the Larsen Boatyard belonging to the Veega Group, from the port area of Miiduranna in the Bay of Tallinn, north-east of the capital. In Hall 10 on Stand E73, a world-first will be unveiled – the LarsenB 920 is aimed especially at harbour police and coast guards, but also at other authorities and institutions. For these target groups, the 9.20 metres long and 2.80 metres wide rubber dinghy has been bestowed with a cabin with toilet and berth for overnight stays.

Polyurethane foam in the high-strength V-plastic hull ensures savings in weight and therefore on fuel, despite a maximum possible motorisation of 300 hp with a 300-litre tank. In addition, the open rubber dinghy LarsenB 530C will be on display. Alunaut's robust aluminium inflatable boats from Tornimäe (Saaremaa) are also continuing their success story as lifeboats. The A7 RIB, which was introduced in 2018, is now being followed by the yard’s largest model, the A10 RIB SAR, which will also be in Hall 10. It is 10.44 metres long, 3.49 metres wide and weighs around 4,700 kilograms with two 250-horsepower Mercury outboards, which drive the boat to more than 40 knots (80 km/h). Approved for twelve people, the A10 RIB is suitable for open sea conditions in heavy weather (design category CE-B). In addition, Alunaut will be exhibiting its tried and tested small boats AC-12, AC-14 and AC-16. The Eysyla Yard shipyard from Kuressaare, also on the island of Saaremaa, is once again presenting the robust 11-metre working boat AluVenture 11000 XE, which can carry up to three outboards with a total of 600 hp.

The Water Mate Boats company will be exhibiting the Watermate LR9 aluminium safari boat built by Eysyla at the show. With a mere 32 centimetres draught, this is suitable for tourist trips with up to 20 people on-board in extremely flat regions. Lingalaid, located near Tartu in the east of the country, is once again bringing the tried and tested, open, six metre and eight metre long GRP boats Perla 403 and 530 to exhibit at “boot” (all in Hall 10, E73). Snow & Wakeboard Solutions from Tartu is one of the world's leading manufacturers of straight two-tower lift systems for wakeboarding or snowboarding. In cooperation with “Pentasi”, complete round systems with covered platform and harness are also being offered. The kickers for jumps are made of high-density, UV-resistant polyurethane (Hall 8a, Stand B38 at the underground station at the North Entrance). In addition to a first-class infrastructure in the marinas and fine dining at reasonable prices, the variety of cultural festivals along the Estonian coast will be the focus of the offer for water sports tourism that will be presented by Visit Estonia in Hall 13 on Stand D64.

The country's oldest singing and dancing festival will be celebrating its 150th anniversary from 4-7 July in Tallinn under the motto “My Love”. Afterwards, sailing crews can set off to the 62nd A. Le Coq Moonsund Regatta, which will take them from Haapsalu to Pärnu via several stopovers (12-20 July). If you are not underway on your own keel in Estonia, you can not only charter motorboats and sailing boats from the supplier, Barca, in various ports, but also jet skis and small boats on a weekly, daily or hourly basis. The company also runs a school for water sports, which is also represented on the D64 joint stand in Hall 13, organised by the Estonian Business Development department, Enterprise Estonia. 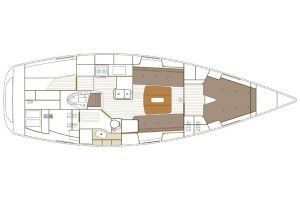 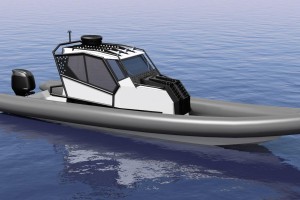 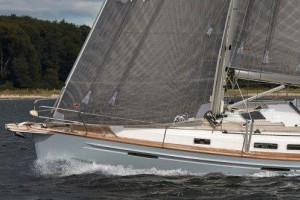 Maserati Multi 70 and Giovanni Soldini 530 miles away from Grenada

The Yacht Design & Innovation Hub merges with the Designer Gallery