In addition to building iconic sailing yachts such as the current world J-class champion Lionheart, Claasen Shipyards in the Netherlands also has a dedicated refit team. Two yachts have recently arrived at the Dutch yard for work over the coming months, the 30.40-metre schooner Reesle and the lovely 22-metre performance yacht Louise.

Fans of no-nonsense expedition superyachts will need little introduction to the 100-foot Hoek designed Reesle, which has been criss-crossing the oceans since 1995. Some of her more recent adventures have seen the yacht exploring Scandinavia, Saint Petersburg and further north, all with the original owners still at the helm. Their decision to take Reesle around the world to New Zealand next year is behind the refit, as project manager Wouter van Rijn explains.

“The speed with which this refit was arranged speaks volumes for the flexibility of the Claasen team. The owners’ initial plans to start in October were brought forward two months so I and a colleague immediately flew to Kiel to join three crew members in sailing Reesle to Holland. Within a week we were removing the mast and the yacht was inside our facility just north of Amsterdam. Over the next six to eight months we will make Reesle ready for her epic trans-Pacific voyage to New Zealand.”

Priceless memories
The refit work will include renewing the main engines and bowthruster, and giving Reesle a new paint job. “This is a fine example of how owners have fallen in love with their yacht and the unique memories she carries,” adds Van Rijn. “We will make sure that every part of Reesle is brought up to the Claasen standard. The captain was keen to have the most professional partner possible with short lines of communication and will live close to the yard over the winter.”

The project will leverage on the rich experience of the Claasen engineers and craftsmen. The boiler system, generators and half the engine room will first need to be removed and the current engines carefully dismantled before removing them via access hatches on the side of the yacht. The team will also need to ensure that the new engines fit the existing prop shaft, exhaust system and other installations, while the engine foundations will require structural modifications.

Globetrotter comes home
The second refit underway at Claasen will be less complex as the 22-metre Louise returns to the yard which launched her in 2013. This stunning racer/cruiser set the template for the adventures ahead by embarking on a maiden trip to Rio de Janeiro and the owners have since taken her
to Antarctica, the Beagle Channel and Easter Island, while also taking part in races such as the Sydney to Hobart and Caribbean 600.

Despite these travels Louise remains in impressive condition, reports project manager Victor Weerens. “Much of the refit work will be the kind of cosmetic refurbishments to the decks and interior that one would expect after the intensive use the yacht has had. We will also carry out systems upgrades and checks on the electronic, plumbing, mast and rigging. The lifting keel will be taken out and serviced.”

Even though Louise was on the east coast of the United States, the owner decided to return her to Claasen for several reasons. “As well as being able to rely on the premium work we offer, our yard also knows the boat inside out having built her four years ago,” comments Weerens, who recently joined the crew for the Caribbean 600 race. “For us it is like having a much loved child return home again after travelling the world for four years. We will make sure Louise is in tip-top condition and ready for whatever the owners have next in store.” 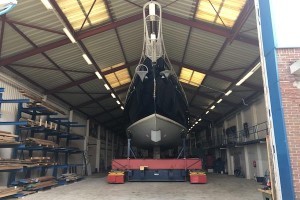 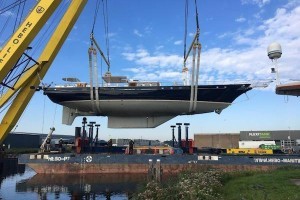 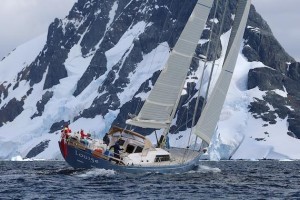 Nautor Swan is broadening its network in the APAC Region

X-Yachts launching Xc 47, the best cruiser we have ever built

Refits started on Reesle and Louise

Lionheart prepares for next challenge in Newport