Eleva Yachts is adding a new model, called the FortyTwo, to its line, with a launch planned for the 2019 season. The project will be presented at the Cannes and Genoa boat shows, where Eleva will be showcasing a version of The Fifty featuring a kitchen amidships and an aluminium mast.

The FortyTwo is the new model created by Eleva Yachts for the 2019 season. A vessel that follows the principles that inspired The Fifty, one of the few innovative designs in the overcrowded midsize cruiser sector. With a hull length of 12.5 m and a width of over 4, the new model sets itself apart with a full-bodied hull, which will offer both comfortable living and performance on the high seas. Once again the research done by the shipyard and the designer, Engineer Giovanni Ceccarelli, has developed in three directions: quality construction, aesthetics, and performance. The result will once again involve an effort to go well beyond the standard canons.

The FortyTwo takes up the aesthetic canons of The Fifty, exhibited to the public at Genoa and Cannes last year, which was a real stand-out with its unique lines, offering a new perspective amidst the general homogenization of forms that makes one boat look like another. The new boat is designed for fast cruising with the objective of maximum safety and thus stability. The options will be offered in different versions, which will correspond with the navigation style. The Mediterranean will be designed for our sea, with a simple deck and a traditional sail plan featuring the mainsail traveller in the cockpit, and the option of having a self-tacking jib. The Ocean can have a roll bar, to which the spray hood and the Bimini can be secured. The mainsail traveller can be anchored to the roll bar, drastically limiting the possibility of contact with guests in the cockpit. The Ocean is also designed for those who are looking for ultimate ease of operation and protection in the cockpit, which will also be equipped with a central table. A third version, Race, will be dedicated to high performance, for those who appreciate simple, loft-style interiors, and who love versatility as well as racing.

The standard layout features three cabins and two heads and can be modified, especially for the racing version, with two aft cabins, a head and a loft in the bow with a sail locker and crew berths. One of Eleva Yachts’ strengths is high-quality construction, the lamination is done with a vacuum infusion process using the highest quality resins and fabrics. There won’t be any structural counter-moulds and reinforcements will be made of carbon.

A new version of The Fifty will be showcased at the Cannes and Genoa boat shows. This version, commissioned by owner Gino Buccellati, features a kitchen alongside the stairwell, interiors enhanced with artworks by the Japanese artist Tatsunori Kano, a sail plan with an aluminium mast, equipped with systems to allow for highly-autonomous navigation, solar panels, dual alternator, and a large-capacity fridge. ‘I liked The Fifty straight away,’ – stated Buccellati – ‘I had been looking for a fast cruiser that I could customize and make my own. I have young children who like to go sailing and appreciate the performance of modern hulls. All the same, we want to stay on the boat for extensive periods of time; we need real, liveable spaces.’ To get to the boat shows, the owner sailed his new boat around Italy. 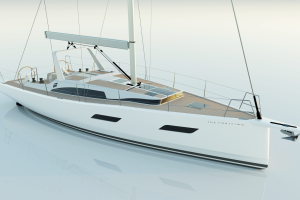 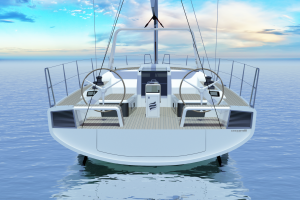 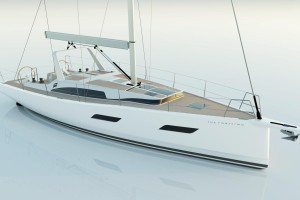 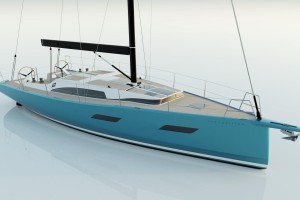 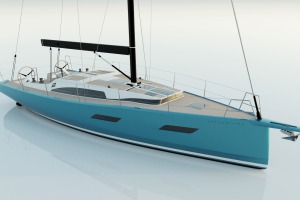 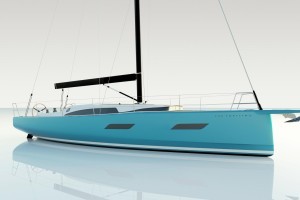 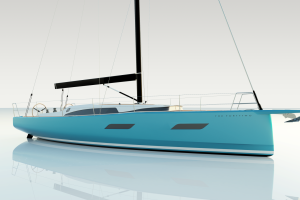 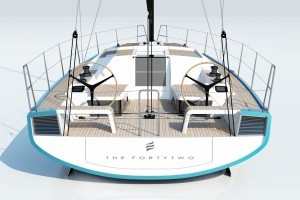 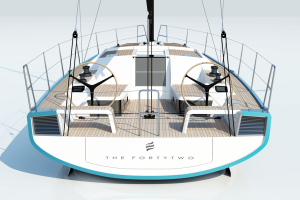 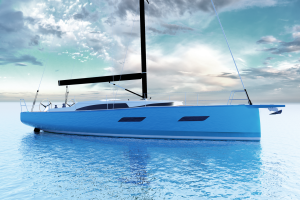 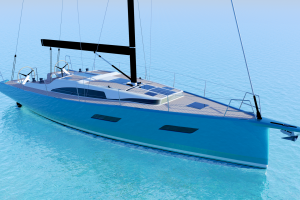 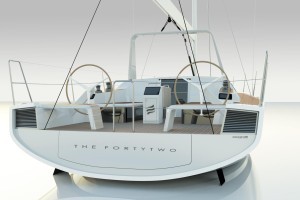 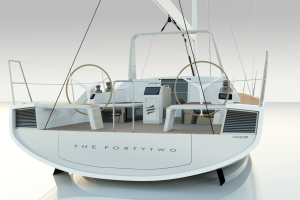 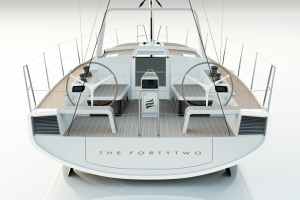 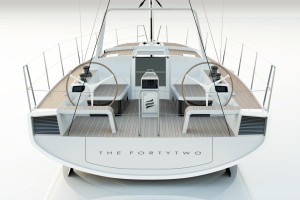