Following the successful launch of the Farr280 Grand Prix One Design, the new Club Race version has been developed to increase the accessibility of this fantastic race boat, to a broader sailing community, by making the entry cost of the boat significantly lower.

The Farr280 Club Racer is pitched at yacht clubs and Corinthian owners, looking for a light displacement high performance racing boat. The boat is designed to be attractive to teams wanting to compete in high performance mixed sportsboat fleets, including the HP30 Class or ORC Sportsboat.

The Farr280 Club Racer continues to offer dynamic performance on all points of sail and the boat is built using the same vacuum infusion technology from identical moulds, to the original Grand Prix version.

New features on the Farr280 Club Racer, include a new solid foredeck hatch, closed jib track slots and offshore compliant stanchions and guard wires. The main price differences though come from the choice and selection of spars, auxiliary power packages and the removal of hydraulic controls as standard, from the base boat price.

The net effect is that Farr Yacht Sales can now offer this high performance race boat, delivered for approximately $106,950 excluding tax.
he Farr280 Club Racer is built to extremely high standards, using E-glass reinforcement infused with epoxy resin and a Corecell foam sandwich, in the hull and deck.

The hull design remains exactly the same, with a reverse stem, long chine and wide beam, carried aft of the transom. The clean, flush deck layout and system controls are also similar, save for the jib control, which now run above deck, to reduce water ingress through the jib hauler slots. Deck hardware and winches also broadly remain the same,with generous provision and positioning for serious racing.

Up front, the boat now comes with a new solid hard hatch on the foredeck and World Sailing compliant offshore stanchions and guard-wires, making the boat offshore capable for those teams wanting to compete in both inshore and longer coastal or lake races.
The 280CR comes as standard with an aluminium one piece mast and boom, with 2 pairs of airfoil shaped aluminium spreaders, dyform wire standing rigging, dynex backstays and running rigging. A carbon mast upgrade is also available as an option, as are the hydraulic mast and forestay controls seen on the Grand Prix version.

Under the water, the Farr280CR sports the same fixed T-keel with lead bulb, GRP fin shell and steel fin spar for a low centre of gravity and low maintenance. The boat also carries the same high aspect rudder, providing masses of grip and helm feel, through the carbon rudderstock. The mitred keel connection, identical to the GP version, means that it remains easy to remove when positioning the boat in low-mode for transportation.

Also, below the waterline, the Club Racer no longer sports a sail drive, as standard. The 20HP engine and power drive has been removed, reducing weight by 200Kgs and reducing drag on the hull. The inboard engine remains an option depending on owner’s preferences as well as electric or petrol outboards.
From a pricing perspective, the cost of this boat has been reduced, with the base boat now coming in at $99,950 ex works, ex tax. Contingent on final destination and adding duty at 1.7% plus 20% sales tax, the final imported cost of a Farr280CR is estimated at $130,500 making it a very attractive and affordable, high performance race boat.

The ideal crew size remains five or six, although the boat can be sailed with less crew, depending on the sail plan, making family racing a viable proposition too.

The boat remains inexpensive and easy to maintain and importantly, it can be towed behind most large cars. With a combined boat and trailer weight of 2,150Kgs, this means getting to and from weekend regattas or even relocating the boat for international events is highly achievable.

With building interest in small light displacement fleets, like ORC Sportsboat and the HP30 Class, the Farr280 Club Racer is near perfect.  With a reasonable number of Grand Prix boats already racing in Europe and North America, we now expect the number of these boats to grow significantly. 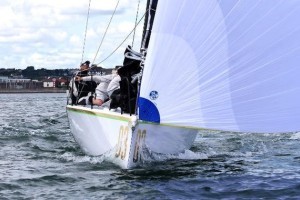 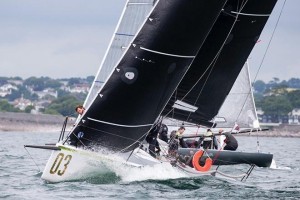 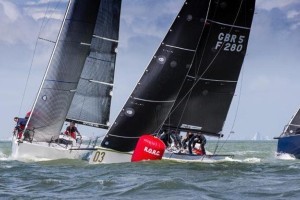 Ice Yachts 68m M/Y Day’s, behind the scenes of the construction

The Foiling Week, a year in review as 2017 comes to a close

Jeanneau and Multiplast join forces for the Sun Fast 30 OD