Invictus Yacht continues to grow and is preparing for the upcoming Genoa Boat Show (16-21 September 2021), where the outboard version of one of its most successful models, the Invictus TT280S, will make its World debut. This layout is specifically intended for a sporty, easy-going owner who refuses to compromise on elegance and potential for customisation, as demonstrated by the numerous hull colours offered by the shipyard.

Choosing outboard propulsion system offers some concrete advantages, such as very easy access to engines requiring repairs. Additionally, life on board benefits from the space freed up by the engine room, which provides considerably more storage space.

The new Invictus TT280S, 8.87 metres long and 2.94 metres wide, is designed by Christian Grande, like the inboard version, and features two 250 HP outboard engines with a total power of 500 HP, confirming its sporty character.

The profile of the Invictus TT280S is characterised by the classic semi-reversed bow, while the carefully designed deck spaces extend around the central console, whose seats accommodate a piece of furniture that can become a small open-air kitchen. A U-shaped sofa runs along the entire forward section of the deck. Efficient use of space on board allowed the Italian shipyard to provide a changing room and bathroom under the wheelhouse. 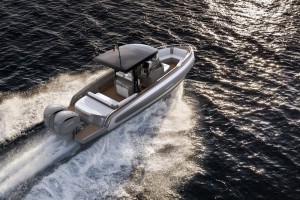 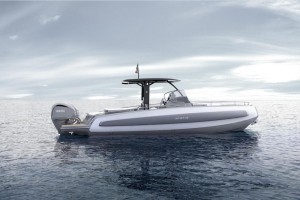 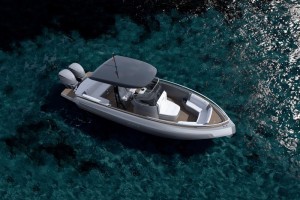 Excitement at the Multihull Cup increases along with the breeze