While Europe continues to swelter under near record temperatures, a record-breaking 37th Copa del Rey MAPFRE applied extra heat to the finale of the season-long Swan One Design contest – The Nations Trophy Mediterranean League. The class winners of this inaugural four-event competition, which began back in March in Monaco, are: Hendrik Brandis’ ClubSwan 50 Earlybird; Luis Senis Segarra’s Swan 45 Porron IX and Jose Maria Meseguer’s ClubSwan 42 Pez de Abril. This year’s Best-Placed Nation is Italy, with Spain and Germany filling the other podium places.

The biggest ever Copa del Rey proved a fitting conclusion. The regatta was an outstanding success for the organiser, the Real Club Nautico de Palma, and all 152 participating yachts. All divisions sailed a full complement of races in testing, light sea breezes typical of the Bay of Palma. Swan yachts were a major part of the showcase with 26 racing in one design configuration and a further 10 competing under ORC or IRC.

With The Nations Trophy Mediterranean League concluded, the Swan world turns its attention to the 20th Rolex Swan Cup in Porto Cervo, Sardinia, just over a month away.

The 10-boat ClubSwan 50 class did not disappoint the aficionados of combative one design racing. The overall standings were decided on the final day and in a manner befitting a fleet featuring Olympic medallists, America’s Cup winners, World Champions and Volvo Ocean Race sailors among the crews. Earlybird sailed impeccably to slam-dunk the opposition with two wins from two, closing out the class more emphatically than expected given the hesitant one-point lead the German crew carried overnight. While NiRaMo, owned and helmed by Sönke Maier-Sawatzki, could do nothing to topple Earlybird, the crew did enough to hold off Stefan Heidenrich’s One Group to take second. Although tied on points with One Group, countback meant the Italian entry, Cuordileone, was unable to break a German clean-sweep of the podium.

With victory this week, Hendrik Brandis made it back-to-back wins at the Copa del Rey and added The Nations Trophy Mediterranean League 2018 title to the European Championship win secured last October. He even combined with compatriot Meier to lead Germany to the regatta’s Best-Placed Nation trophy. “We are very proud to have won here and to win the Mediterranean League. It is a very competitive fleet and the ClubSwan 50 is an amazing boat, living up to all our expectations. It was not easy to win here, we were not leading for much of the week, but we able to turn that around,” commented Brandis. On current form, few might bet against Earlybird adding a world title to their palmarès come the

In the meantime, the ClubSwan 50 continues to prove its credentials as a leading one design class. The 10 entered boats represented seven countries, six boats won races and only one of the remaining failed to make it on the podium during the week. The flagship Swan One Design has even attracted royal patronage with HM King Felipe VI, who represented Spain at the 1992 Barcelona Olympics, taking part with Aifos 500, part of Spain’s celebrations of the 500th anniversary of the first circumnavigation of the Earth by Portuguese explorer Ferdinand Magellan and Spanish discoverer Juan Sebastián Elcano.

With the Spanish Porron IX already crowned overall winner of the Swan 45 class in The Nations Trophy Mediterranean League 2018, the Copa del Rey was a shoot-out to determine the in-form boat ahead of the Rolex Swan Cup as well as aiding national interests in the contest for Best-Placed Nation at the regatta and over the season.

With four of the five Swan 45s enjoying at least one day in the sun, the class proved a see-saw competition. In the final standings fourth place was separated from first by a mere five points. It was K Force, owned by Jan de Kraker that prevailed, posting a 1, 3 scoreline in the last two races to put to bed the challenge of Christian Plump’s Elena Nova with which the Dutch boat had been tied on points overnight. A dip in intensity from Plump’s German crew not only allowed K Force to break clear, but enabled the irrepressible Porron IX to slip into second by virtue of countback.

Luis Senis Segarra was disappointed not to have won the Copa del Rey, but overall is delighted with his season so far: “It has been a great season so far, with varied conditions at the different venues. We are really happy to have won the Mediterranean League, and are looking forward to the Rolex Swan Cup and the possibility to defend the World Championship title and to keep the trophy at home!”

While Porron IX has clearly shown the greatest consistency over the season in winning the Mediterranean League, the Rolex Swan Cup - where a world title will be at stake – is a high-pressure one-off contest. On the basis of this last week, there is little to choose between the leading Swan 45s.

Like the other Swan One Design classes, the ClubSwan 42 was a tight affair. The top three boats were separated by two points and the final race proved crucial. The Romanian yacht, Natalia, led by one point from the Spanish entry Pez de Abril and the Italian competitor, Selene. It was a classic winner takes all scenario.

Jose Maria Meseguer’s crew on Pez de Abril proved to be the strongest, taking the race win with Massimo De Campo’s Selene finishing in second. After a run of three wins in a row had put them in command, George Brailoiu’s crew on Natalia had to settle for third overall following a mistimed fourth place.

This result also enabled Meseguer to secure the ClubSwan 42 Mediterranean League title. De Campo’s result was good enough to match Meseguer’s points total, but not enough to win the resultant tie-break. Meseguer was extremely happy with his result after a long and difficult week. He enthusiastically endorsed the concept of The Nations Trophy Mediterranean League: “The League is excellent, with so many boats competing and so equal, to win it is something impressive. The community is great, the owners and crews ensure the ambience is fantastic. I don’t think there is anything else like it.”

Pez de Abril’s regatta win and Pedro Vaquer Comas’ Nadir fourth place combined to give the Spanish a share of the lead in the Best-Placed Nation contest. Spain losing out to Germany by virtue of the countback provisions, which compared the scores of each country’s leading yachts, in this case Pez de Abril and Earlybird.

In terms of 2018 League positions after four events, Italy proved the most consistent country and secured the Best-Place Nation title, finishing on 39 points thanks to the strong finishes from Cuordileone and Selene. Spain moved up from third place to second, five points behind, with Germany in third, Russia fourth and Switzerland fifth. Across the season, 14 countries were scored for the League, with the majority represented at two or more of the four events.

Elsewhere at the Copa del Rey, the Swan yachts were represented in two of the most hotly contested handicap divisions. The best results were seen in the 23-boat BMW ORC 1 where seven Swans were competing. Swan 45 Rats on Fire, helmed by Rafael Carbonell Pujol, finished in second, five points off the overall lead. The ClubSwan 42, BeWild, owned by Renzo Grottesi took third. Elsewhere, in Mallorca Sotheby’s IRC 1, Vicente Garcia Torres’ Swan 80 Plis Play placed sixth, with Stephen Cucchiaro’s Swan 601 Flow a further place behind. The Swan 80 Selene finished ninth in the 13-boat division. 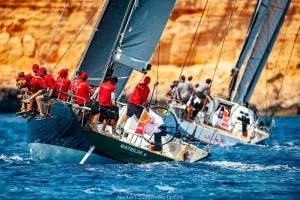 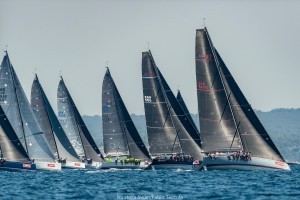 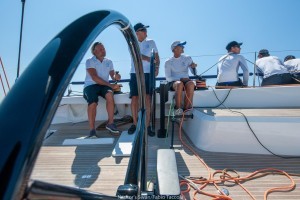 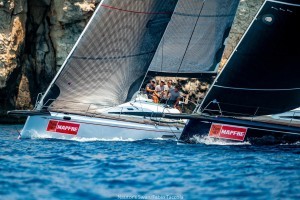 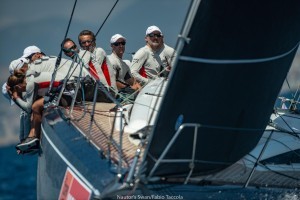 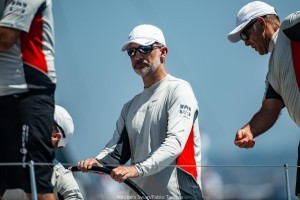 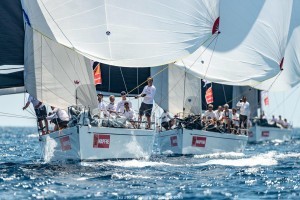 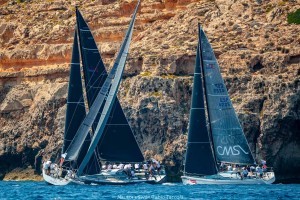 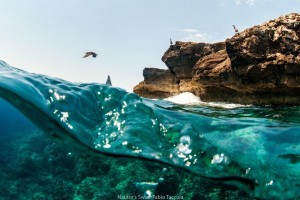 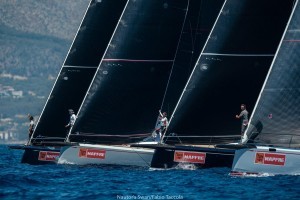 Southern Wind announces a new contract for a 100’ custom yacht