With 15 knots of wind, Soldini's trimaran crossed the starting line on the wake of its Italian competitor, the MOD 70 Mana, skippered by Jeff Mearing and Loick Peyron, followed by the other MOD 70 in the race, Argo, skippered by Brian Thompson. Alongside the three MOD 70, in the MOCRA class also set sail the 47' trimaran Minimole and the 80' maxi trimaran Ultim'Emotion 2.

The models show a steady wind, between 25-30 knots, north of Sicily: «It's going to be a really quick race» said Soldini, «once we pass the Strait of Messina we will sail with a strong tailwind until Favignana. After that, south of Sicily, we will have to see where the center of the low pressure moves to find the best wind. It's going to be a nice challenge!».

The 606-mile long course of the race goes anti-clockwise around Sicily, with both starting and finish line in Valletta, staying north of Stromboli, west of Favignana and Pantelleria and south of Lampedusa. The multihulls record belongs to Maserati Multi 70, set in 2016 (2 days, 1 hours, 25 minutes and 1 second), while the overall record is maxi monohull Rambler's, set in 2007 by George David (1 day, 23 hours, 55 minutes and 3 seconds). 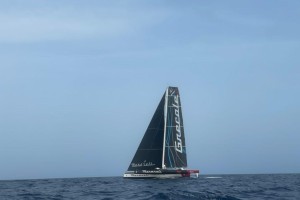 The 42nd Rolex Middle Sea Race: a grand day in a grand harbour

Giovanni Soldini in Lisbon for the UN ocean conference