Maserati Soldini are getting for the RORC Transatlantic Race

Maserati Soldini are getting for the RORC Transatlantic Race

On the eve of the start of the RORC Transatlantic Race from Lanzarote to Grenada, Maserati Multi70 and Giovanni Soldini are getting ready for a very fast race with the trade winds on their side.

Maserati Multi70 and the 20 other yachts entered in the regatta will set off in the usual order (at 14:00 UTC the start for multihulls, 14:10 UTC for monohulls) from Puerto Calero, Lanzarote, and sail 2995 miles from the Canary Islands to the island of Grenada, in the Eastern Caribbean, across the Atlantic Ocean.

Maserati Multi70 presents itself in flying trim for the direct fight with its two rival multihulls, which have also been optimised: Snowflake (formerly Phaedo3), equipped with a mast two metres taller than its rivals, and Zoulou (formerly Powerplay), which also mounts modified appendages. On board are a concentration of experienced sailors such as Ned Collier Wakefield and Loick Peyron, together in the Zoulou team, and Brian Thompson and Gavin Brady on Snowflake. 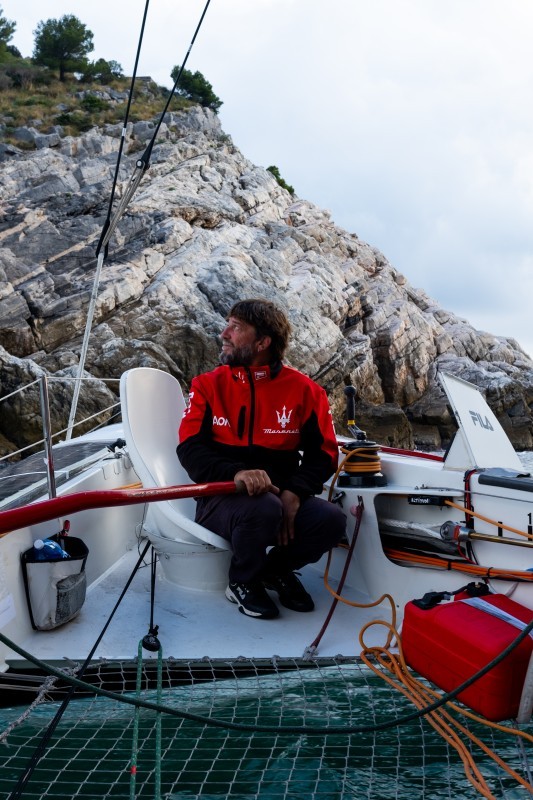 For the three MOD70s, the record to be broken is 5 days, 22 hours, 46 minutes and 03 seconds, set by Lloyd Thornburg's MOD70 Phaedo3 in 2015. On the eve of the start, the race promises to be quite fast: favourable trade winds, conditions that rule out northerly routes and are ideal for travelling at record pace.

"The weather is classic for once and so the course will be in the trade wind," explained Giovanni Soldini, "but in the first twelve hours the conditions will be light. We will have to play for it right from the start and it will be crucial to stay focused throughout the competition because this is a race of the highest level: on Zoulou and Snowflake are running sailors that we know very well and for this reason we know that they are unlikely to make mistakes. So let's get on with it!"

For Giovanni Soldini and the entire team of Maserati Multi70, the trans-ocean race marks the beginning of a new season of great sporting events around the world; of important technical challenges such as the fine-tuning of the full electric system; and of ocean protection programmes such as the monitoring of the sea surface thanks to the Ocean Pack, the machine that measures temperature, salinity and CO2 from on board along the trimaran's routes.

Ineos Britannia back with a bang

RORC Transatlantic, Soldini is still in command but is experiencing a failure

On the third day of racing, Maserati leads the multihull fleet