On Thursday October 4, some of the most handsome boats from the classic yachting circuit will reunite again on the Cote d'Azur to fight for the 8th edition of the Gstaad Yacht Club Centenary Trophy. An edition that will feature an exceptional line-up, with 22 boats on the starting line.

The regatta, unique in its genre, is reserved to boats that are one hundred years or older and in 2018 will celebrate its eighth edition. Over the years, the Centenary trophy has gathered some of the most gorgeous and best performing classic yachts from the past century, and this edition will feature a record number of entrants with twenty-two boats on the starting line.

"I'm pleased to see more and more boats taking part, every year. The success of the Centenary Trophy comes also from the excellent co-operation between the two clubs, the Société Nautique de Saint Tropez and the Gstaad Yacht club. Moreover, this year we'll have two boats flying the GYC flag on the race course too!" said Peter Erzberger, Commodore of the Swiss club.

With more boats turning one hundred years old every successive edition there are "rookies" coming to fight for the prestigious Trophy.

One of the newcomers is yawl Cariba, designed by the architect Frederick Shepherd and built in London in 1912 by shipyard Fay and Son. The boat has a unique history: during WW II she was confiscated by the British navy to be used as a minesweeper, later she was bought by Portuguese Mr Eduardo José Abecassis and in the early 1980's was sailing under the name Spirit of Carib. In 2017 and 2018 she underwent an extensive restauration, going back to the original name of Cariba.

Also, from 1912 is Dione, a William Fife's 52ft gaff-rigged topsail yawl. With her stunning sheer line she is undoubtedly one of Fife's most beautiful creations.
From the previous century comes Iona, dating back to 1899 and one of the rare 19th century yachts still taking part in the classic and vintage circuit. She belongs to the "25 feet" class, 40 of which were built worldwide. She started her new life in 2008 when French Mathias Helleu fished her out of the Thames where she had sunk and sent her to Holland for restoration. During this process, she was converted from a gaff to a Marconi rig.

Another new entry in the 2018 Centenary Trophy is of Scandinavian origin. Pandora is the only existing gaff-rigged 9mR. She was designed by famous Norwegian Johan Anker, known worldwide as father of the Dragon classic one-design, and was the first boat conceived under the R-rule in 1907. Until last year Pandora remained in Norwegian waters and is considered as a pillar go Norwegian sailing heritage. The oldest boat to compete in the 2018 edition is gaff cutter Marigold from 1892, that has taken part in almost all the editions.

The regatta, raced in a pursuit format with staggered starts, is scheduled for Thursday, October 4th and is expected to be yet again the focal point of classic racing at the Voiles de Saint-Tropez. The Centenary Trophy features an especially created and constantly refined handicap system, allowing very different boats in size and rig to compete on equal terms, and its format has proved extremely attractive for the sailors and the public alike, with the first boat to cross the line off the Saint Tropez
breakwater to be declared the winner.

This year, besides the traditional silver Trophy created by Wakely and Wheeler of London in 1911, the winner will also be awarded with a five-days stay in one of the stunning Soneva Fushi villas in the Maldives or in Thailand's Soneva Kiri Resort.

During the prize-giving night both the Centenary Trophy and the Centenary Award Silver Bowl will be on display. The prize that has been awarded last April in London to the boat deemed the Centenarian of the Year 2018 and went to Folly, a Charles Nicholson design from 1909 that has been owned by Argentinean naval architect Germán Frers.

Past winners of the Centenary Trophy

The Centenary Trophy is organized by The Gstaad Yacht Club in co-operation with the Société Nautique de Saint-Tropez. 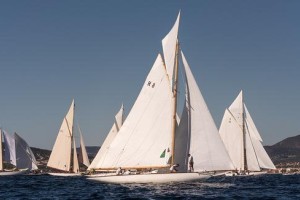 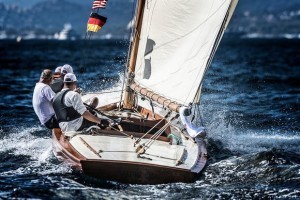