Tomorrow, Thursday September 30, will mark the 10th edition of the Gstaad Yacht Club Centenary Trophy. For this anniversary edition, 22 centenary yachts are expected on the starting line, ready to fight for the prestigious trophy created by Wakely and Wheeler in London in 1911. On board these magnificent centenarians, international sailors with impressive records of achievement from all walks of life, from the Olympics to ocean racing to the America's Cup.

Classic sailing, and even more so centenarians, seems to unite everyone's passion and interest: family crews, owners driven by the love of timeless yachts, professionals or amateurs, young or experienced sailors, women and men, from close or from the other side of the world. All will be there to celebrate the tenth edition of the Gstaad Yacht Club Centenary Trophy and, of course, to try and win the prestigious trophy.

He is the sailor with the most Olympic medals, who has sailed around the world and on any type of boat, has participated in the Cup and in countless world championships, the Brazilian Torben Grael will take part in the race once again and for the first time at the helm of the gaff cutter Scud (Herreshoff 1903), whose owner Patrizio Bertelli is not only one of the world's greatest classic boat enthusiasts, but is also the boss of the Luna Rossa Prada Pirelli syndicate, which last March competed in the Couple's match in Auckland.
"I have competed in the Centenary Trophy twice on Linnet, so this year will be the third time I will be on the starting line. I believe the pursuit race format is fun, you have all the boats arriving at the same time, it's a really good idea" says Torben Grael.

On board JAP (1897), flying the burgee of the famous Cork Yacht Club, is Irishman Harold Cudmore, who represented his country at the 1972 Olympic Games and was part of many America's Cup challenges in the 1980s and 1990s with British and American teams. Alongside him in the cockpit of JAP is the club's commodore Colin Morehead.

Two-time America's Cup winner and navigator aboard Denis Conner's Stars & Stripes, American Peter Isler, will sail on the NY50 Spartan (Herreshoff - 1913) for the Centenary Trophy, Spartan has won the Trophy in 2016.

Frenchman Jean-Baptiste Bernaz, fresh from a 6th place in the ILCA dinghy at the 2020 Tokyo Olympic Games, will be on board the Fife-designed Sumurun (1914). "I am delighted to be in Saint-Tropez and to be taking part in the Centenary Trophy for the first time. This race format is brand new to me. "The sleek and elegant French boat will also have the most women on board of the whole fleet, no less than eight. One of them is Portugal's Mariana Lobato, who took part in the last edition of The Ocean Race Europe this spring.

At ease in the big offshore races is also Spaniard Gonzalo Botin, who has won several races on the Class40 circuit and will contribute to get the best out of the gaff cutter The Lady Anne (Fife, 1912).

Marc Pajot, silver medalist at the 1972 Munich Olympic Games and a multiple participant in the Louis Vuitton Cup, will be on board the Irish Bermudan cutter Erin (Fred Shepherd - 1919). "The challenge on Thursday will be, as always, to get a good start and to put together a good race. It is great to have boats over 100 years old racing, and this is a great initiative from the Gstaad Yacht Club, well done!"

"I am lucky to have with me, Marc Pajot our skipper. Erin will be participating for the first time as she was too young, she is the youngest girl in the Centenary Trophy, she is only 102 years old! It's really great to be able to bring all these beauties together." says Terry Birles, Erin's owner.

The magnificent 15 MJI Tuiga will be helmed by the vice-president of the Monaco Yacht Club and avid sailor Pierre Casiraghi and will also line up deep diving world record man Pierre Frolla as a crew member.

Italian Federico Piani, will be on board the 10 Metre I.R. gaffer Marga. "This is the fourth time we are racing the Centenary Trophy on Marga. The boat has been a centenary for 11 years already! The format is great, seeing the boat's progress in real time and knowing that the first one across the line is the actual winner, is a formula that we like a lot".

The title holder, the 1913 gaff cutter Olympian will be skippered -as it was when she won the Trophy 2019- by Guillaume Fetas helped out by the French round-the-world sailor Bertrand de Broc will certainly look forward to a back-to-back victory.

Since its creation, the Gstaad Yacht Club Centenary Trophy is raced under a Pursuit Race format. This format has proved to be appreciated by both the sailors and the public, who come in large numbers to admire these magnificent boats cross the finish line just off the Saint Tropez harbour.

The 10th edition of the Gstaad Yacht Club Centenary Trophy is scheduled for Thursday, the day traditionally dedicated to the "Challenges" at Les Voiles de Saint Tropez.

The Trophy, awarded every year, is also centenary, as it was created by Wakely and Wheeler in London in 1911, exactly 100 years before the first edition of the regatta.

Rendezvous for tomorrow, Thursday, 30 September 2021 when prestige, elegance and excellence will once again write a beautiful page of classic yachting history, with the 10th edition of the Centenary Trophy. 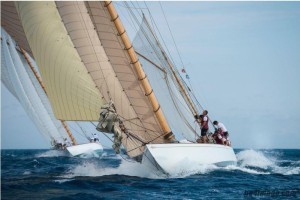 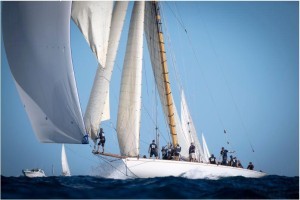 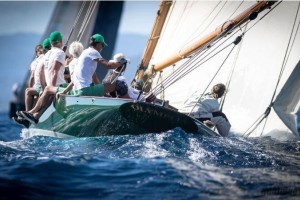 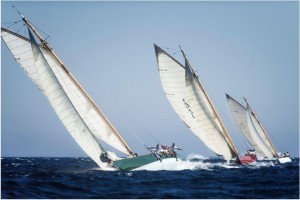 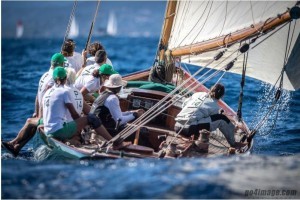 Anticipation is growing for the 10th edition of the Centenary Trophy