Maxi Yacht Rolex Cup, which in 2019 celebrates its 30th edition

A September of key events at the Yacht Club Costa Smeralda

The month of September is traditionally an intense one for the Yacht Club Costa Smeralda as it organises and hosts its most iconic regatta at the end of summer: the Maxi Yacht Rolex Cup, which in 2019 celebrates its 30th edition. In 1980 the YCCS and ICAYA, the association for Maxi yachts which is now known as the International Maxi Association (IMA), decided to organise an event specifically for these unique and exclusive types of yacht. The regatta was initially held every two years, but since 2000 the "Maxis" have become an annual event. Just as the hull lines of the yachts have evolved over the years, so too has the event grown, with fleets now divided into divisions determined by length and rating. This way the different types of Maxi yachts, from pure racers like the Maxi72s to more comfortable, cruising oriented yachts which in turn are divided into various categories, can compete against their own kind.

This 30th edition of the Maxis will be held from 1 to 7 September and is supported by the event's longstanding partner, Rolex. Over 50 yachts are currently enrolled ranging from the J Class yachts Velsheda and Topaz to the WallyCentos Magic Carpet 3, Galateia and Tango. Pure racers like Rambler and SHK Scallywag, measuring 88 and 100 feet in length respectively, will also be racing, as will the aforementioned Maxi 72 class. Four of the division winners from the 2018 edition will also be back in Porto Cervo to defend their titles: the Wally 80 Lyra, the cruising Mini Maxi H2O, the racing Mini Maxi SuperNikka and the J Class Topaz.

Close on the Maxi's heels will come the first edition in Porto Cervo of the One Ocean MBA's Conference and Regatta, which will be held from 19 to 22 September. With teams formed of students and alumni of the most prestigious business schools in the world, the event was created by the SDA Bocconi School of Management and will be organised by the YCCS with the support of the One Ocean Foundation. While there will be friendly competition on the water between the business schools, the main focus of the event will be the Conference taking place on 21 September, where our future managers will discuss their plans and programmes for sustainability in business models.

The 2019 sporting season at the YCCS will conclude with the Audi 52 Super Series Sailing Week, the final leg of the most prestigious and competitive circuit in professional monohull racing, the 52 Super Series. Held with the support of institutional partner and Title Sponsor Audi, the event will run from 23 to 28 September and will see Azzurra, the sporting symbol of the YCCS, return to the waters of Porto Cervo to compete. The current version of Azzurra, a modern and competitive TP52 owned by YCCS members the Roemmers family, is halfway through her 2019 season. After the most recent event held in July in Cascais, Azzurra leads the provisional overall classification with a small margin over her closest rivals Quantum Racing and Platoon. The fourth event in the circuit, the Rolex TP52 World Championship, will be held at the end of August in Mallorca, while the overall winner for the season - after five events - will be decided on the waters of the Costa Smeralda. 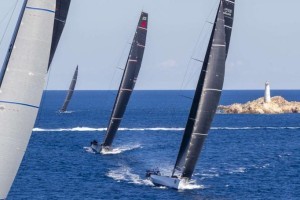 Team Mac is ready for quarter finals, with 10 wins and only one loss

The Nautical division passes from Verga-Plast Nautica to Verga 1958

Beneteau, appointments to the head of the Boat Division's Brands