After two days dedicated to registration and measurements, everything is ready for the action to begin at the 470 European Championship in Marina degli Aregai, on Italy’s Ligurian Riviera.

On Tuesday, at sunset sailors, coaches, organisers, judges and authorities gathered in the Marina degli Area for the opening ceremony and an informal dinner. But, done with the formalities snd the protocol, the 100 plus male and female teams are now focusing on racing, that will debut tomorrow. The first race is schedule for 12:00 for a maximum of three races for the day. The male fleet will be split in two groups while women will have a dedicated one. The weather forecast is for a westerly of around 15 knots, possibly reaching 20 knots later in the afternoon with a sunny to partly cloudy sky. Ideal conditions for this fast and technical Olympic one-design.

All the best athletes from the class will be on the water, leaders of the ranking list, several European and World champions and Olympic medallists, including top ranked Mathew Belcher and Will Ryan from Australia, reigning European champions Anton Dahlberg and Fredrik Bergström from Sweden and Spain’s Jordi Xammar Hernandez and Nicolás Rodríguez García-Paz and local heroes Giacomo Ferrari and Giulio Calabrò, currently in tenth position of the world ranking.

“Sanremo is nice, a lot of teams have come here for training in the past, and a lot of championships have been held here. For us it’s a new venue, we like it, it’s beautiful. The conditions are great for sailing, the accommodation is excellent, and the competition strong. It’s the perfect recipe. Looking forward to it…” Declared the two times world champion and Olympic silver medalist Mathew Belcher from Australia.

Slovenians Tina Mrak and Veronika Macarol, will fight to defend their continental title, fending off the attacks from Silvia Mas Depares and Patricia Cantero Reina from Spain, UK’s Hannah Mills and Eilidh McIntyre and Benedetta Di Salle and Alessandra Dubbini from Italy, fresh from a bronze at the World Series in Genoa.

The 470 Europeans consist of a series of fleet races and a final medal race, if more than five qualifying races have been completed, for the top 10 teams in each fleet. The racing will be on windward/leeward or trapezoid courses.

The championship is open to non-Europeans crews, who can use it as a qualifying event for the Tokyo 2020 Olympics, but cannot compete for the title. 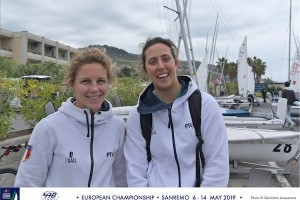 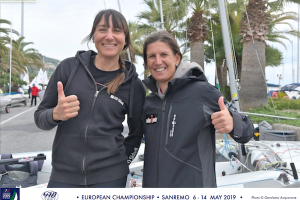 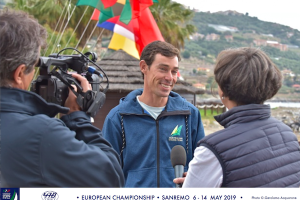 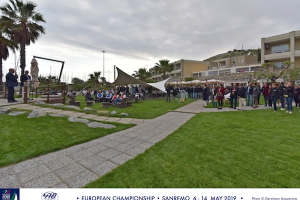 CMC MArine back to Versilia Yachting Rendez-vous in Viareggio