The winners of the 2019 IRC Europeans in Sanremo

French Farr 36 Absolutely II, skippered by former Finn sailor Yves Ginoux, Union Nationale Course Au Large’s vice-president and flying the colours of CNTL Marseille, is the IRC Europeans overall winner. The championship, organised by Yacht Club Sanremo, that gathered over 40 crews from all over the continent for the week, ended in grand style on Saturday with three superb races, sailed in true “champagne conditions”.

If Friday the very light wind temporarily halted the event, forcing the organisers to cancel the coastal race, on Saturday the Gulf of Sanremo guaranteed perfect conditions to sail three, very tight races that crowned the new European champions. Undoubtedly a dayto remember.

A good morning westerly of around 8 knots that progressively increased to reach over 20 knots in the early afternoon, enabled the Race Committee to launch and complete three races on windward/leeward courses of 8.5 miles for the bigger boats’ group and 6.5 for the smaller ones. The much contested and physically tough races, in some classes consolidated the leaders’ position in other completely changed the scoreboard based n seven races with a discard.

The overall title, calculated on the accumulated points in all the classic, went to Absolutely II skippered by Yves Ginoux, that also won the Corinthian trophy and class IRC 3, scoring an impressive triple for an owner-driver and mostly familiar crew. The silver in the overall was awarded to another French team, GP42 Confluence Sopra skippered by Jean-Pierre Joly, whilst Italy’s Sarchiapone Fuoriserie, the Italia 998 owned by Gialuigi Dubbini jumped on the third step of the podium.

“It’s been a great week, we had the most varied conditions, breezy days like today and others with very light wind, when you have to stay focused and being consistent. The fleet was not that big, but the level was sure very high.” Said an elated Yves Ginoux. “I was in Sanremo before, but only for the Giraglia’s finishes, this was my first time here for a whole regatta, it’s a great sailing venue. We enjoyed it, had fun and look forward to be coming back soon.”
Class podiums: 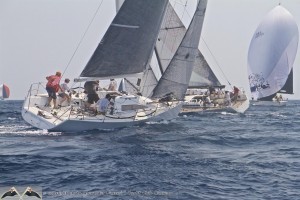 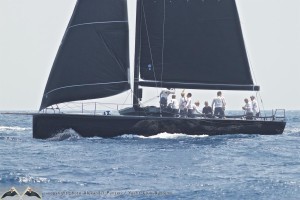 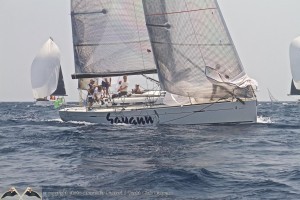 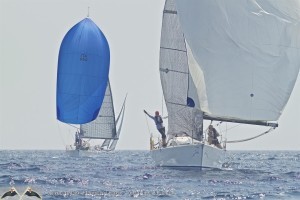 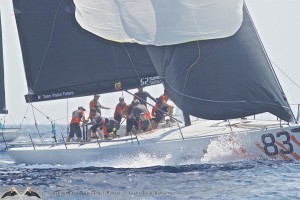