Furono Electric CO., LTD. is working on the demonstration trial and aiming to successfully put unmanned ship into practical use by 2025, as part of the unmanned ship project "Meguri 2040" led by The Nippon Foundation.

MOL Co., Ltd., the leader of "unmanned technology verification test on coastal container ships and car ferries" which is one of the two consortiums Furuno participates in, has concluded the world’s longest sea trial of unmanned ship operation using a large car ferry after the success on a costal container ship.

The first test took place in January 2022, an unmanned operation experiment was carried out from port to port (departure port: Tsuruga Port in Fukui Prefecture, arrival port: Sakai Port in Tottori Prefecture) using the coastal container ship "Mikage", which was navigated without any seafarer including berthing and mooring operation.

The second experiment was conducted on the commercial route of "Sunflower Shiretoko" (a large car ferry) in February 2022. It navigated about 750 km between Tomakomai Port in Hokkaido and Oarai Port in Ibaraki Prefecture for 18 hours day and night.

Furuno’s main role in the project

In both demonstration trials, Furuno was responsible for developing automatic situation awareness system for "Awareness" function, which makes navigators’ lookout no longer required during the voyage. Furuno is also working on the development of berthing support sensor that calculates relative distance between the pier and hull. Besides 749GT type coastal container ship, Furuno succeeded in the autonomous sea trial on a large car ferry and demonstrated that they have a broad utility.

Automatic situation awareness system (measures and displays positions, speed, types of ships, and position of obstacles by integrating information from radar, AIS, and camera images) provides information to autonomous ship operation control system for making a safe route plan when there are other ships or obstacles on the set route.

Plan for the future sea trial

Based on the marine electronic equipment and communication technologies cultivated from the project so far, we have been promoting and will continue to promote new technological innovations toward the realization of safer and more efficient unmanned ships operation. 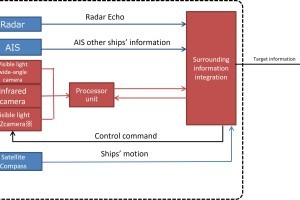 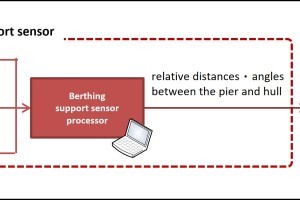 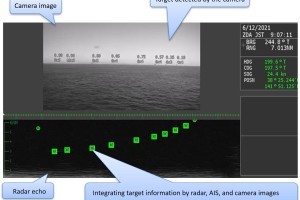 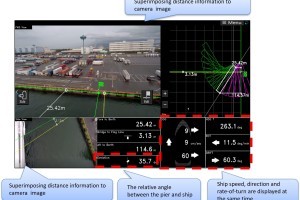 Melges World League, One design sailing back in 2022

Arkema and Brunswick to develop a fully recyclable fiberglass boat