Unstoppable Metstrade builds on success. Record attendance and a vibrant atmosphere in Amsterdam

There are a select number of exhibitions and trade shows around the world that take on a life of their own, becoming essential global gathering points for all professionals in their sector. As one of this elite group, the Metstrade Show transforms the Dutch capital into the world’s central hub for the leisure marine industry for a week in mid-November each year. Even by its own high standards, however, the 31st edition offered an exceptional amount of business & networking opportunities and social gatherings. A uniquely convivial atmosphere made Metstrade 2018 an experience to remember for all who came to Amsterdam.

“Metstrade 2018 was especially vibrant as it deployed a tried & tested concept against a background of a thriving leisure marine industry,” says Irene Dros, Maritime Director at RAI Amsterdam. “Exhibitors, visitors and show partners were all pleased with how productive and friendly the event was and the genuine sense of community it provided. As organisers, we were delighted with the response to the new initiatives set up to keep the show fresh. The overall air of enthusiasm was further reflected in the unprecedented number of over 1100 companies who have already booked to ensure themselves a place at Metstrade 2019.”

The right visitors
The record number of exhibitors who filled the RAI convention centre were especially satisfied with the diversity of the people they received. An analysis of the show statistics confirms the impression of an event that continues to grow in stature year on year. For the first time this year, Metstrade welcomed a large group of trade counsellors, representing embassies from 37 different countries.

This year saw an considerably increase in the number of visitors from the USA (13% rise on 2017), Italy (8%) and Denmark (5%), as well as those from key upcoming countries in the marine sector, including the UAE (+9%) and Russia (15%). A five-percent rise in visitors from the Netherlands was especially welcome, as they mainly represented large companies.

The number of country pavilions grew this year to 19, with Denmark being a newcomer. The mood in these national hubs with in the show is captured well by Julie Balzano, Sr. Director Export Development with the US National Marine Manufacturers Association. “This was a great show and the quality of the buyers was felt among our exhibiting members. The USA Pavilion will be back again in 2019 because Metstrade has become a must-attend event for NMMA members.”

Across the generations
Another noticeable feature at Metstrade 2018 was the way in which the younger generation seems to be embracing the show, mirroring their greater involvement in the industry as a whole. Many new faces were spotted in the busy Metstrade Young Professionals Club lounge and YPC events were exceptionally well attended.

Overall, the show organisers successfully ensured that the show attracted the broadest possible cross-section of the marine industry, as Hendrik van der Linden, Sales director at Lewmar confirms:  “This year’s Metstrade Show was very successful for Lewmar as we not only got to meet all our major customers, but also came into contact with smaller yards too. There was a great deal of optimism, with lots of new projects. And it was inspiring to see the next generation of engineers and people linked to the marine industry visit our stand. It is fantastic to hear their innovative viewpoints and see the way they embrace modern technologies. And the working relationships with this group are enhanced by the experience of those of us who have been coming to Metstrade for many years.”

Ongoing developments
Facilitating these kinds of face-to-face encounters is at the heart of everything the organisers try to achieve with the Metstrade Show says Irene Dros. “In addition to the exhibitor stands, we are constantly developing new features that encourage networking and personal connections. There can be no innovation in an advanced sector like ours without creativity, and phone calls and emails are simply not enough.

“We generate the right environment for meetings both in the halls, at partner events in RAI Amsterdam and throughout the city, with networking drinks/dinners, knowledge exchange nights, awards evenings and parties. As a result, Metstrade becomes an indispensable source of creativity for the year ahead.”

Boat Builder Awards now firmly established
A fine example of a recent development already paying dividends is the Boat Builder Awards. The event is now in its fourth year and has become an integral part of the Metstrade week. “The 2018 awards were undoubtedly the biggest and best yet, and a ringing endorsement of all the innovators and ground breakers in our industry,” comments Ed Slack, Editor in Chief IBI & Chair of the Boat Builder Awards Jury. “We salute all the winners and highly commended companies as well as the sponsors that help make this special night happen.”

One of those winners was Absolute Yachts, which took home the Innovation in a Production Process award. “Winning this award is a wonderful accolade for our company,” says press officer Daniela Ceruti. “The professional identity of Absolute Yachts has its roots in design and manufacturing. We have technical souls and this prize for our Integrated Structure System (ISS) has been one of the most gratifying to date.”

Growing niche areas
Now in its second year, the E-nnovationLAB platform showcasing electric & hybrid marine propulsion technology was given an even more prominent position at this year’s show. The response from visitors was excellent, with lots of traffic and well-attended stage events.

Another popular area was the Marina & Yard Pavilion, where some 70 exhibitors reported a significant number of new and highly qualified visitors, including many purchasing managers. “The Marina & Yard Pavilion at Metstrade has become the annual meeting place for our team to get together with clients and readers,” confirms Julia Hallam, Commercial Director of Marina World Magazine. “There is a buzz throughout this unique pavilion, which attracts marina-specific visitors and is now well established as the international hub for our industry.”

Looking forward to 2019
A similar success story was seen at the SuperYacht Pavilion, which this year expanded to three halls and was supplemented with a dedicated networking & meeting area called the Shipyard. The Construction & Marina Pavilion also validated its ongoing growth with an extended area and some successful roundtable sessions. The fact that most exhibitors from the new area of this pavilion have already applied for Metstrade 2019 speaks volumes, a trend that helped contribute to a record number of overall rebookings.

Over two thirds of the exhibition space has already been sold for next year’s show, which will take place from 19 to 21 November. These concluding words from Suzanne Blaustone, Chief Executive of UK sailing boat equipment manufacturers Barton Marine, capture well why that is: “Metstrade is always the highlight of the year because we see most of our customers from around the world.  We are already booked for Metstrade 2019 as there is no other show that creates such a degree of fervour, fun and engagement for professionals in the marine trade.” 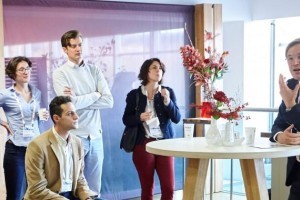 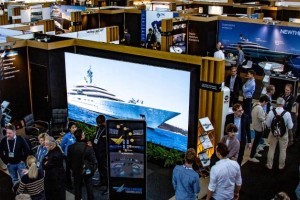 Metstrade 2021 is on. The doors will safely open on November 16