Palumbo Superyachts unveils Details of their new Base in Tenerife

Palumbo Group S.p.A. recently announced the acquisition of their fifth shipyard, located in Tenerife (Santa Cruz, Canary Islands, Spain). This recent acquisition reinforces the presence of Palumbo Superyachts outside the Mediterranean, complementing Palumbo's actual infrastructure network in Naples, Messina, Malta and Marseilles. The first three are focused on repair, construction, modifications, refitting and maintenance of all types of ships and cruise liners which include Columbus Yachts, while Malta and Marseilles are highly specialized in the super and mega-yacht segment. Palumbo Superyachts's sales department, with  headquarters in Monaco is held by Giuseppe Palumbo, Francesco de Vuono and Michela De Curtis.

The Canary Islands is a large archipelago of seven islands in the Atlantic Ocean off northwestern Africa, a platform opened to three continents. The local economy has grown rapidly in recent decades. The islands receive 14 million tourists yearly, who stimulate the real estate market and the service sector. Tenerife and Gran Canaria are the islands with the largest economies, they have very large public centers which stimulate and diversify the economy (i.e.  two universities, local government and ports). The Canary Islands are outside the European Union's customs territory, though politically within the EU.

The ZEC (Zona Especial Canaria) is a special low-tax zone, with one of the lowest rates in Europe, created in order to promote social/economic development and diversify the productive structure. Note that this situation is not part of the offshore and black-list areas, as it is recognized and authorized by the European Union.

The Canary Islands Archipelago is an integral part of the EU customs territory since July 1st, 1991. Since 2001, the AAC is applied to imports from other countries. This gives the islands the possibility to introduce key economic advantages which develop businesses located in the area. Inside the free trade zone it is possible to produce and transform products, semifinished products and raw materials, storage, packaging and distribution of goods, without charges or indirect taxes. The purpose of the free trade zone is to reinforce international commerce.

Companies based in the ZEC can take considerable advantage of the fact that operations of inward processing (generating surplus value) cannot be limited by economic conditions because competition requirements regarding other businesses in the EU are not applied. These operations are not subject to VAT; this will only be applied when exporting products to the EU, while exporting outside the EU is VAT exempt.

The map of the port shows the four arrows which indicate the location of Palumbo Superyachts Tenerife inside the Port of Santa Cruz: Area DL-5, Area L2, Office, Warehouse. Palumbo also has an anchoring zone sheltered from the prevailing winds and currents (the port anchoring zone).
This zone is considered one of the safest zones in the wolrd.

The port is divided into two areas:
1-a South “Darsena de Los Llanos” – areas for repair, cargo unloading, tourist port, free trade zone.
2-a North “Darsena de Anaga” – the docks here are primarily used for cruise ships, but also by ships waiting to be repaired, when necessary  or when requested by  the Port Authority based on marine traffic.
The part of the port where the offices are located is called Muelle de Ribera.

Daniela Spinelli – Palumbo Group S.p.A. Marketing & Communication Manager  comments: “Our medium and long term goals are to become the reference point in the Canaries using resources and know how of the Palumbo Group in the naval repair sector as a new and innovative logistic platform for three continents, offering a complete range of services. We will react commercially and technically to market tendencies remaining focused  on quality and safety while respecting delivery dates and commitments.”

The Canary Islands are connected with more than 500 ports across the world by more than 30 shipping companies. The Canaries have large and modern docks with excellent storage capacities and infrastructures. Palumbo Tenerife Superyacht Yard’s goal, already highly qualified and specialized in naval repair, is to satisfy the needs of international companies based in the Canary Island ports.

Lucia de Suñer Machado - Managing Director Palumbo Superyacht Tenerife adds: “The privileged geographical location of the Canary Islands makes them a magnificent platform, both logistical and commercial, able to offer technological and business services integrated in the primary shipping lanes of international commerce. The Canaries happen to be a crossroad in between  Europe, America, Africa and Asia, and has recently become a strategic naval supply and repair station in the central Atlantic Ocean.”

Chartering to the Canaries is not frequent as the islands have promoted cruise ships and not mega-yachts. The yard's goals are generally oriented towards the shipping and cruise ship sector. Palumbo Group has more than 40 years of experience in developing activity in the maritime sector, with sustainable international growth. Tenerife has  centuries of maritime history in the center of the Atlantic; a crossroads of culture and civilization thanks to maritime trade. 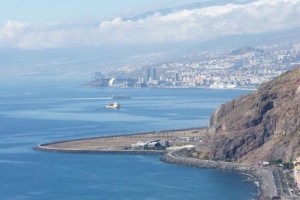 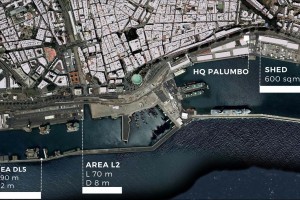 The Bahamas is ready for the season after the Hurricane Dorian

Palumbo Superyachts unveils Details of their new Base in Tenerife

Palumbo Superyachts is pleased to announce the sale of Extra X99