The history of Feltrinelli is an example of entrepreneurship, craftsmanship, and tradition in the Italian nautical industry, which began in 1870, more than 150 years ago on the Lombard shores of Lake Garda. Bernardino Feltrinelli, the founder, started his business driven by passion and expertise in boat repair. A heritage of skills and experience which have been preserved and nurtured by the five generations that have taken turns to create a nautical hub of great prominence.

Cantiere Nautico Feltrinelli, based in Gargnano, Brescia, since 1919, is today a reality capable of repairing and restoring vintage and modern wooden boats, an efficient storage center with a dock and sheds, and an authorized Volvo Penta, Mercruiser, Volkswagen Marine, and Steyr Motors engines workshop. It is a complete service centre for boats and yachtsmen that also includes chartering, brokerage and, if desired, accommodation in the Feltrinelli Nautic Resort at the Residence San Carlo.

Last but not least, Feltrinelli is Frauscher Italia, the sole importer for Italy of Frauscher boats. An extensive partnership the one with the Austrian shipyard, active since 1927, which has led to the growth of a range of technically innovative yachts - fast hulls, capable of excellent stability and maneuverability, even in adverse weather conditions - with a great aesthetic personality given by the decidedly retro imprint of its stylistic traits designed by Georg Nissen with the technical support of the Feltrinelli brothers. 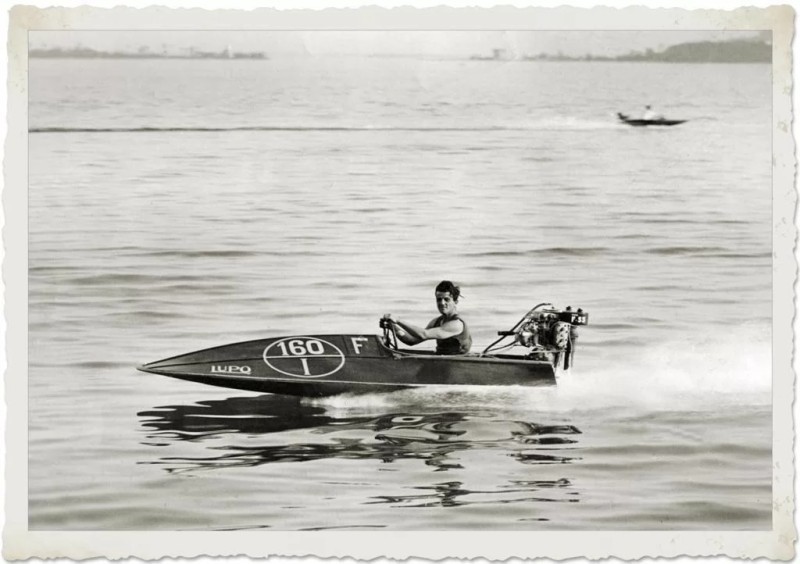 Mauro Feltrinelli at the Genoa boat show. In a country where I guess there are more shipyards than parking spaces in the center of Milan, how do you convince people that an Austrian shipyard is the right choice?

I thought you were talking about Austria and there aren't that many shipyards. I have the slightly bizarre idea that by bringing Austrian boats to Italy I did a favor to Italian boating. When I started with Frauscher in 2003, no shipyard in Italy devoted part of its base for research and development of small boats to be launched as a luxury product.

A very old friend of mine , "the" Frauscher of the Frauscher family in Austria, in short because on Austrian, German, and many Swiss lakes, combustion engines are prohibited. So you had to go to electric and back then these were rentals. Boats with an electric motor and small thruster behind. So also inexpensive and running on a car battery.

But these people here, the Frauscher customers, also ordered boats for their villa on the Austrian, German, and Swiss lake. A villa with its own of moorings, service personnel, and therefore also with important needs. Frauscher built very beautiful boats, but small in size because they had to fit inside the dock and with an electric motor, therefore very light.

I was looking for this particular boat for my small lake, Lake Garda, which had seen target customers growing. I thought that perhaps if we could have brought Frauscher, with their experience in building small boats of great value, to make normal combustion engine powerboats it could have been a hit and man. I was right, that's what happened.
So I think I have certainly achieved that goal .

It costs a lot because it is done well, we tried to make it cost little, and it came out like crap.
With these boats we have made life very difficult for laminators, to follow
every line, every nook like these undercuts. The designer asked for
them so the shipyard put them on paper and developed the models.

Then when we go to Polifase, to laminate the boat, they put their hands up in the air. Saying: 'heck, and how do we do it!? We say, the boat is beautiful like this, so let's just do it. Technology wise we always fit the best of the best. On the dashboard it's all top of the market. Finally, when the expenses sheet comes in it's 'hey guys, we can't pricethis for less than... what do we do? We just say who cares, we are the ones who sell and there are dealers, they'll manage and so far it is truly going well. We hope it continues.

What would you change, and I don't mean in your boats, but in the general approach to boating?

Allow the pun, some will say when listening to this interview that I've already changed it. What I wanted to change has already changed. I brought public attention to the small boat making it a luxury item. But not luxury just because it is expensive, luxury because you feel satisfied when you have it, right? The goal, ah man, finally attained. We have brought the boat back to its limited size, but top of the range. 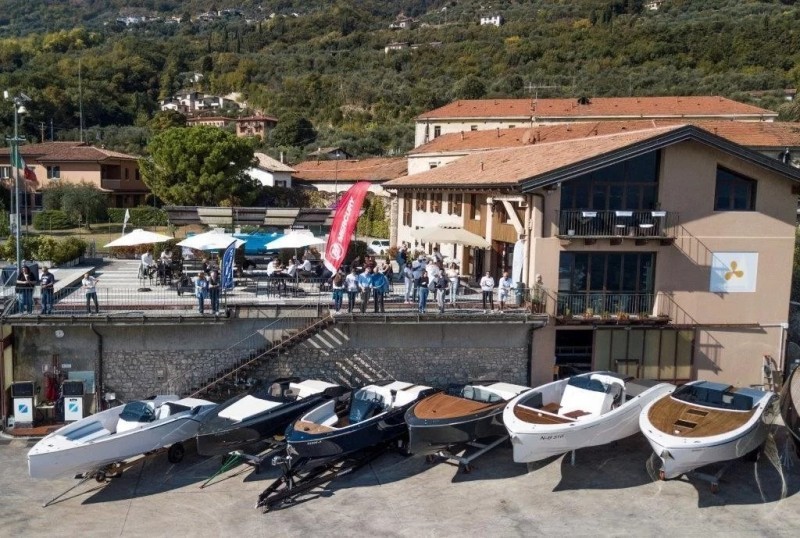 New Invictus TT420 made its world debut at Boot Dusseldorf 2023

Prestige launches the M8, flagship of its multihull yacht line

Pardo Yachts expands its Endurance range with the new Endurance 72