Racing was once again postponed ashore until 12:30 p.m. PRO Blake Middleton made the great call to send the fleet east, towards Key Biscayne around 1 p.m.

The start of Race Five was of very interesting beginnings. As many as nine boats were called OCS, and recovering the best was Alexis Michas taking a much deserved win in another light and challenging race. Igor Rytov's RUSSIAN BOGATYRS bounced back from a disappointing eleventh in Race Four, to claim second place in Race Five. Prosikhin stayed consistent finishing third.

The breeze increased for Race 6 and after a quick change of course axis, the Race Committee had the fleet off and sailing. Achille Onorato's MASCALZONE LATINO, JR. ducked and dove through the fleet to take the win in the final, shifty race of the day. Rytov finished second, Rob Wilber's CINGHIALE claimed third. Rounding out the top five was Daniel Thielman's KUAI and Alexis Michas.

CGSC hosted a great after sailing happy hour for sailors and volunteers alike.

With light breeze in the forecast for tomorrow the sailors will be dreaming of wind tonight.

MEDIA AND RACING COVERAGE
As with other Melges 20 events around the world, racing updates will be posted online at the Official Melges 20 Facebook Page. Be sure to also follow the fleet on Instagram, Twitter and YouTube. Tune in for the latest racing information, results, video interviews and photos at melges20.com. 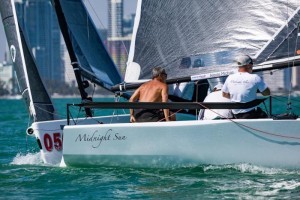 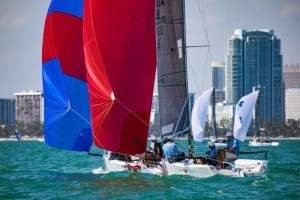 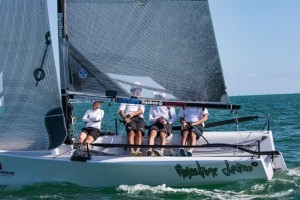