For a second consecutive day, Matteo Balestrero and his GIOGI team remain atop the field of sixteen boats participating at the 2018 Melges 32 World League event in Riva del Garda. Holding firm in second place is Edoardo Lupi and Massimo Pessina sailing TORPYONE. One point further back, completing the daily podium is reigning World Champion Pavel Kuznetsov aboard TAVATUY.

So far, Balestrero's defense has brought him great success. With two final races to come on Saturday, he is on guard as Kuznetsov has scored no worse than seventh thus far. For Lupi and Pessina, as experienced Champions, they clearly know how to sail solid and win. The points spread amongst the top three is too tight to call, so the trophy continues to be up for grabs.

There is great balance across the fleet as there is no one dominating team. But as revealed over six completed races, there are six different teams that have the ability to conquer. In particular, today's winners which include Germany's Christian Schwoerer aboard LA PERICOLOSA (Race Four / Nick Asher, tactician), Edoardo and Vanni Pavesio sailing FRA MARTINA (Race Five / Manu Weiller, tactician), and Giangiacomo Serena di Lapigio at the helm of G.SPOT (Race Six / Michele Ivaldi, tactician) have all proven themselves capable of getting ahead and winning.

In anticipation of tomorrow's final showdown, the small point gaps will make for an intense day on the water. Ultimately, Balestrero will aim to further extend and secure his lead in hopes of reeling in his first big success of the 2018 season. The other goal will be to make substantial gains in the overall Melges 32 World League ranking currently lead by Vincenzo Onorato's MASCALZONE LATINO. 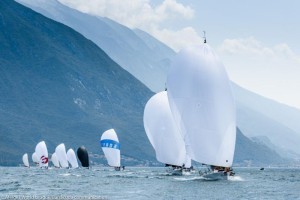 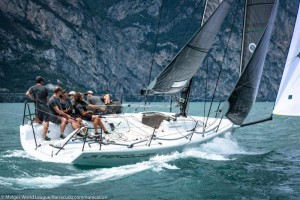 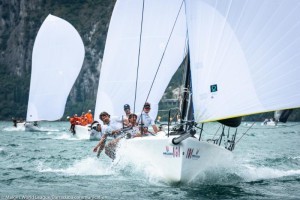 Dackhammar and Mirsky through to Match Cup Norway Quarter Finals