For a third and final week in a row, Melges mania will storm the shores of Cagliari, Italy for the 2018 Melges 32 World Championship hosted by Yacht Club Cagliari. After last weekend's crowning of Drew Freides as the 2018 Melges 20 World Champion, the hallowed waters off Cagliari will hail to another supreme team this week. Starting on Wednesday, October 17, running thru Saturday, October 20, a maximum of ten races will be held.

Eighteen teams representing eight nations (Germany, Italy, Japan, Monaco, Norway, Poland, Russia and Switzerland) are in attendance. Of those teams, it is highly anticipated that an Italian victor could be the predictable winner. From 2018 Melges 32 World League, European Champion Matteo Balestrero's GIOGI (Branko Brcin, tactician), to the legendary Vincenzo Onorato's MASCALZONE LATINO (Paul Goodison, tactician), and of course to 2017 European Champs Edoardo Lupi and Massimo Pessina's TORPYONE (Lorenzo Bressani, tactician), all eyes will be watching as this is the one title that has eluded them all so far.

Defending Champion Pavel Kuznetsov at the helm of TAVATUY is back for more with the ultimate goal of claiming yet another amazing World Championship victory. His ability to dominate, navigate and achieve World Championship success is obvious as last year he was able to interrupt the USA/Italy binomial on the Class' Hall of Fame.
Edoardo and Vanni Pavesio aboard FRA MARTINA (Manu Weiller, tactician), Class President Giangiacomo Serena di Lapigio's G.SPOT (Michele Ivaldi, tactician), Martin Reintjes' CAIPIRINHA (Gabriele Benussi, tactician), Fritz Homann's WILMA (Nico Celon, tactician) and Norway's Lasse Petterson aboard PIPPA (Matteo Ivaldi, tactician) are also among those favored to do well.

The International Melges 32 Class Association (IM32CA) is thrilled to welcome back Japan's Keisuke Suzuki's SWING for the Worlds.
Two extraordinary teams have qualified for the Class' Corinthian division - Alessandro Lotto Flavio Campana at the helm of DUMBOVIT, and Germany's Kilian Holzapfel's HOMANIT.
Ten races will be conducted over four days, with the first warning taking place on Wednesday, October 17. 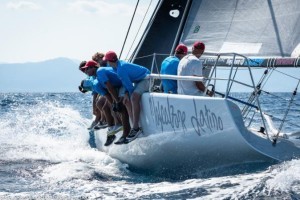 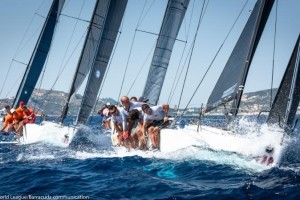 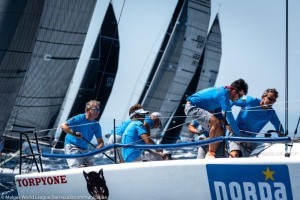 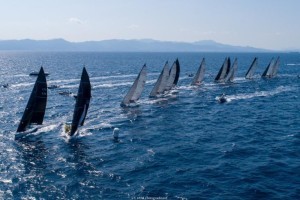