The second day of racing in Puntaldia begins to outline the rankings in both classes of the Melges 20 and 32 World Championship 2022.

Really complicated wind conditions today on the Puntaldia race course which with a 025 wind, wave formed and variable intensity between 10 and 15 knots proved to be not easy tactical interpretation.

In the Melges 32 fleet we are witnessing a strong battle with an incredible balance at the top: four teams are closed in a single point at the top of the standings with the top three on same points. After six races, the German Wilma of Fritz Homann (with Nico Celon at the tactic) takes the lead, canceling yesterday's day with two bullets in today's fifth and sixth races.
On equal points the Italian Enfant Terrible of Alberto Rossi (with Vasco Vascotto) who runs into an early start in the second race of the day, however proving that he can get back into the fight thanks to great speed and important comebacks. The leading trio is completed by the Norwegian Pippa of Lasse Petterson (Gabriele Benussi tactician). In fourth place the German Corinthian Team of  Heat of Max Augustin which with great consistency of performance, even without any partial victory, is the fight for the title of World Champion with still five races to go.

In the Melges 20 class, the history of this World Championship seems to turn everything towards a head-to-head duel between the leader, the Monegasque Nika (pt. 8) of Vladimir Prosikhin (with Manu Weiller as tactician) and the reigning European champion, the Italian Brontolo ( pt.11) by Filippo Pacinotti (with the American Taylor Canfield). Meanwhile, Dario Levi's Fremito d'Arja (with Stefano Cherin on the tactical calls) returns to the fight for the podium and climbs up the standings even if  is now 9 points away from the top of the standings.

Fritz Homann, Wilma's helmsman - "Always a very high level in this class where every little detail proves to make the difference within a very compact fleet. At the moment we are not looking at the rankings because this World Championship is still to be written and the accounts will only be made at the end of the last round. For now we are satisfied with how we raced today and how we got back into the fight for the title after yesterday ". 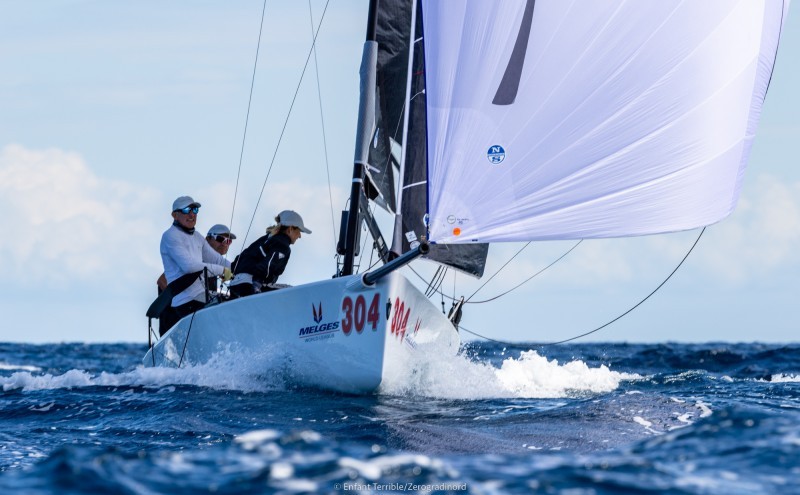 Battle for the Bosphorus about to Begin heart of Istanbul

Growing number of countries get on board The Ocean Race's journey