The fifth edition of the Foiling Awards: here are the winners

The fifth edition of the Foiling Awards was held in the wonderful hall of the Teatro Arcimboldi in Milan, in an atmosphere appropriate for the Oscars of flying boating. After a year of absence due to the pandemic, the awards this year took into consideration the achievements between 2020 and 2021.

Here are your winners:

One of the best sailors that you can come across on the starting line of any regatta, she dominated the Moth World Championship in Malcesine; she is an inspiration for all girls wanting to fly.

A deserved victory. Tomwon the Moth World Championship in Malcesine in imperative fashion and then dedicated himself to the Australian team involved in SailGP, guiding it to victory.

The nomination was linked to the successes in the GC32 circuit, but this achievement above all rewards Alinghi's return as a challenger to the America's Cup.

The success of the first edition of the America’s Cup with flying monohulls is there for all to see. A big boost for the Foiling world.

We saw the hull leave the yard in Valencia, now we can't wait to see it fly.

A leap into the future with this 32-meter flying trimaran for Francois Gabart designed by Mer Concept, full of innovative solutions.

The “aircraft” will take part in a summer tour of the Mediterranean, with a stopover in Genova from May 24th to the 26th.

Finn Morris at the age of 13 designed and built during lock down a Moth suitable for his height and age.

The board, powered by a small electric motor, makes flying simple and within anyone's reach.

A small flying dinghy of just under 4 meters, made 100% with natural and recyclable materials.

The flying boat that wants to make foiling speed simple, safe, and accessible to everyone.

An hydro foil vessel intended for passenger transport comes in three sizes: 10, 18 and 30 meters. Fast, with a top speed of 35 knots, and fuel efficient: up to 70 percent less fuel consumption than a ferry powered by a diesel engine

The first catamaran powered by an electric motor that flies on foils. Twelve meters long. five wide, with a cruising speed of 22 knots and a range of 90 miles.

The evening, presented by the expert Italian journalist Stefano Vegliani and young British foiling sailor Hattie Rogers, was opened with a greeting by David Graham, CEO of World Sailing, who has recently granted Foiling Week “Special Event” status. Graham remarked that fifty percent of the Olympic medals in Paris 2024 will be for foiling crafts and underlined how much the International Olympic Committee values speed and action, both of which characterize foiling, in their role to keep young people's attention on sailing.

Most of the winners took to the stage in person, with a few exceptions. Tom Slingsby, voted best male sailor,sent a video message; Emirates Team New Zealand's Andy Malone also accepted the prize via video, as organizers of the 36thAmerica's Cup, which won best event. Francois Gabart aboard the trimaran SVR Lazartigue, winner of the One Off Boat category, connected via video call while training in the Bay of Biscay with his foiling marvel.

Arnaud Psarofaghis, skipper of Alinghi Red Bull Racing Team, collected the best team prize; he underlined that the preparation of the challenge for the 37thAmerica's Cup is proceeding swiftly and that the Swiss sailors will be ready.

Finally, great enthusiasm was shown for Finn Morris, the fifteen-year-old who built the “Minimoth” in his garden during lockdown when only 13 years old, whichwon him the award for best amateur project.

The future is now

Here's what awaits us in the coming months. The foiling world is constantly changing, and the programs are ambitious.

Foiling Week debuts in Saudi Arabia. In May our team will be in Jeddah with a Persico 69 F, two Waszp, two Nikky and two wing foils to introduce the world of flying sailing to the Red Sea.

Foiling Week continues its partnership with Fraglia Vela Malcesine. The 2022 dates: June 30th to July 3rd. In the occasion of the Foiling Week, the Foiling Film Festival debuts. For two evenings, the Palazzo dei Capitani will host the screening of the selected films

Hall of Fame. The Foiling Hall of Fame will be established by the end of 2022

Foiling Week Youth Series. In collaboration with the yacht clubs involved in the America’s Cup, a regatta circuit will be created dedicated to talented young sailors with the aim of bringing them closer to professional sailing. 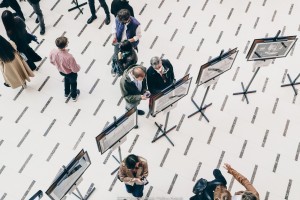 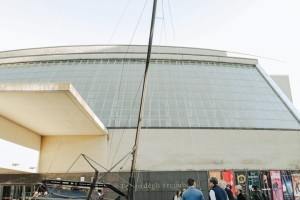 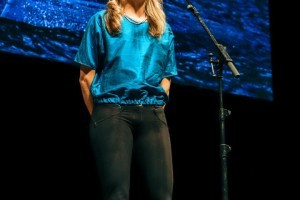 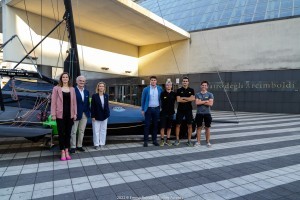 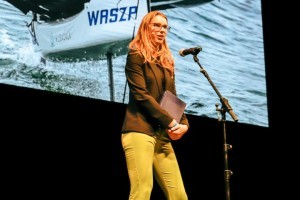 Foiling Week launches the first Film Festival all about Foiling

Foiling Week Malcesine, a flurry of initiatives of social impact