- The impact in the Comunitat Valenciana (Region of Valencia) has grown to 68.6 million euros in GDP and 1,270 full-time equivalent jobs.
- Hotels, restaurants and local business were the sectors to benefit the most.
- Alicante received 345,602 visitors from October 11 to 22, 2017, (10.3% more than in 2014-15 and 17.6% more than in 2011-12).
- The Volvo Ocean Race had a significant positive effect on national tax revenue, adding more than 41 million euros.
- The media value directly linked to coverage mentioning the Alicante brand over the period of the race start exceeds 36 million euros.

The Volvo Ocean Race 2017-18 has added 96.2 million euros to the Spanish Gross Domestic Product (GDP), an increase of 7.6% over the 2014-15 edition. The race also generated the equivalent of 1,700 full time jobs in Spain, according to an economic impact study delivered by PriceWaterhouseCoopers (PwC) measuring the impact of the Volvo Ocean Race on the Region of Valencia and Spain.

Antonio Bolaños, Managing Director of the Volvo Ocean Race, said he was pleased, but not surprised to learn about the positive impact of the event.

“In addition to the numbers that reinforce the success of the event for another year, in this edition we have grown exponentially in many areas: The first is the business, due to the remarkable growth of corporate guests; the second is social due to the success of the Comunitat Valenciana pavilion, which hosted innumerable local representatives, as well as the open, integrated approach of the Race Village itself; the third is in the area of sustainability, and here I’m not only talking about the message that has been transmitted and amplified to the public about Ocean health, but also the concrete commitments secured from businesses and government to adopt sustainable practices.”

The mayor of Alicante, Gabriel Echávarri, stated the importance of the Volvo Ocean Race for his city: "It is a bet that affects the city enormously. We will continue defending it with data ".

For his part, Antonio Rodes, director of the Society of Thematic Projects of the Valencian Community ratified the commitment of the Generalitat for the project: "This is the event of the City of Alicante. We are already thinking about the celebration of ‘Mig Any’, we are already in a full preparation phase. This is solid data that encourages and justifies the commitment we have. "

The impact in the Region of Valencia grew to 68.6 million euros of GDP, a 3.3% increase on the 2014-15 edition. The sectors of activity that benefited the most were local businesses and restaurants, each by more than 10 million euros. In terms of employment, the equivalent of 1,270 full-time jobs were generated, a figure similar to the last edition.

Jordi Esteve, of PriceWaterhouseCoopers, who conducted the study, put the results in context: “This study shows the great economic benefits that the Volvo Ocean Race can bring to a city, a region and a country. The impact of the Volvo Ocean Race compared to other major events, whether sporting or otherwise, is a good measure of its value and importance.”

According to the report, more than half of the 62 million euros generated were spent in Alicante by 345,602 visitors who visited the Race Village from 11 to 22 October 2017.

The PwC study estimates a positive effect on tax collection in Spain of more than 41 million euros as a result of an increase in economic activity and employment generated by the Volvo Ocean Race 2017-18.

Interestingly, the PwC report concludes that the start of the Volvo Ocean Race in Alicante attracted more visitors to the Region of Valencia than all the major music festivals or any other major sporting event such as the Valencia Moto GP or the Valencia Marathon.

Alicante has also benefitted greatly by the international exposure it received via global media coverage of the race, particularly in its role as the start port.

More than 10,000 news articles (print and online press) refer to the City of Alicante as the start port of the Volvo Ocean Race with almost 500 million impressions worldwide. Over 750 news and television programs covered the start, giving a total cumulative audience of more than 200 million viewers from July 1 to December 10, 2017, according to data provided by SMG Insight, the sports marketing analysis specialists.

The media impact of the start directly linked to the Alicante brand exceeds 36 million euros, and the growth of coverage on social networks has increased exponentially compared to previous editions.

After playing host to the start of the last four editions of the Volvo Ocean Race, the City of Alicante has recently agreed to extend its relationship with the race for at least two more cycles. 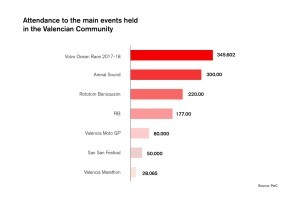 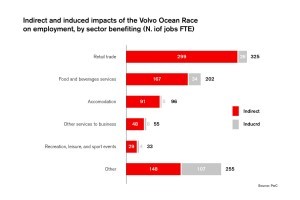 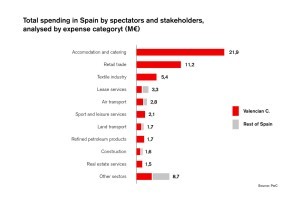 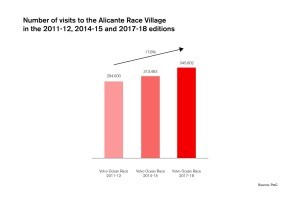 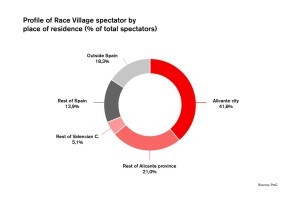 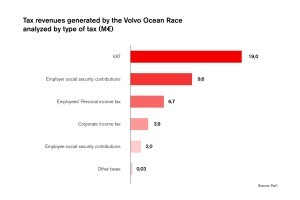