A range of announcements at the Ocean Summit during the Newport stopover saw Rhode Island become the first US state to sign up to the UN CleanSeas campaign to fight ocean plastic pollution.

Other speakers included, Martin Lundstedt, President of AB Volvo and Chief Executive Officer of the Volvo Group and Jason Rolfe, NOAA Marine Debris Program Mid-Atlantic Coordinator who talked about the measures they’re taking to raise awareness of the issue.

Janet Coit, Director of the Rhode Island Department of Environmental Management, said: “We are proud that Rhode Island, the Ocean State, is the only North American stopover for the Volvo Ocean Race and the first state to sign the CleanSeas campaign to address the scourge of plastic ocean pollution.

“Rhode Island is working to promote sustainable practices and recognise the connections between what we do on land and the health of our waterways. We will be working with the Rhode Island Marine Trades Association and other partners to reduce marine debris, protect our coastlines, and promote stewardship of our one and only planet.”

Anne-Cecile Turner, Volvo Ocean Race Sustainability Programme Leader, said: “We have a unique opportunity to preserve our endangered playground and the Ocean Summit plays a vital role in helping to solve the crisis and announcements, such as Rhode Island’s decision to sign up to the UN CleanSeas campaign, only help to amplify that message and the need for urgent action.”

“Plastics pollution is one of the great environmental challenges of our time,” said Stuart Templar, Director for Sustainability at Volvo Cars. “We take our responsibility seriously. We must play our part in helping tackle this global problem.”

Lisa Emelia Svensson, Ocean Ambassador, UN Environment, told the audience about the partnership the need for a global shift away from our reliance on plastic.

She said: “We need to fundamentally change the way we think about plastic. We must stop treating it as a material that we can just throw away immediately after use, and start thinking of it as something that has real value.

“The problem of marine litter cannot be solved in isolation. We must all work together - governments, the private sector, civil society and individuals - towards a permanent solution.”

“Imagine H2O’s Urban Drinking Water Challenge is an exciting opportunity to address the global and critical issue of potable water scarcity, while supporting communities and cities to build water resiliency.”

For the first time ever the summit was broadcast live on volvooceanrace.com and Facebook Live to people around the world.

Dr. Sören Gutekunst of GEOMAR Institute for Ocean Research Kiel, revealed data from the Race’s Science Programme which found levels of plastic in areas of the Southern Ocean that have never before been tested.

Following the Ocean Summit, 11th Hour Racing, held a workshop in association with Cradle to Cradle on the importance of designing, making and using products that are reusable and recyclable. 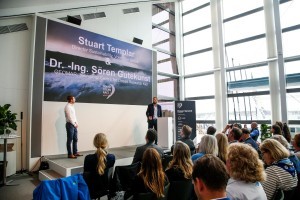 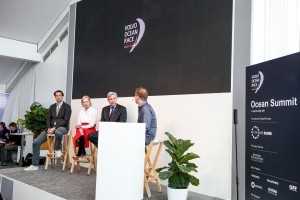 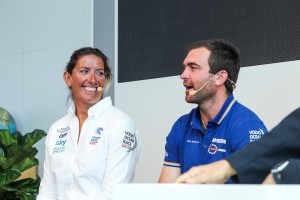 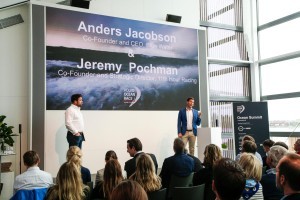 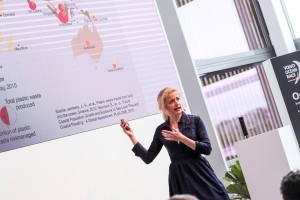 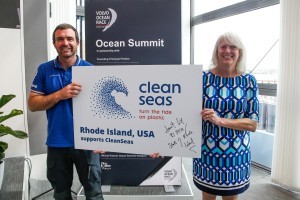 The 2018 52 SUPER SERIES Starts in Croatia on Tuesday

The Ocean Race calls for a Universal Declaration of Ocean Rights

The Ocean Race Summit: racing to protect the Southern Ocean