The four semi-finalists were decided today at the World Match Racing Tour finale event on Sydney Harbour, being co-hosted by the Cruising Yacht Club of Australia. The winner of the event will be crowned 2022 Open Match Racing World Champion.

Completing the last quarter-final races during the morning of Day 4 of the regatta, the four top skippers advancing to the semi-finals are Chris Poole (USA, Riptide Racing), Nick Egnot-Johnson (NZL, Knots Racing), Harry Price (AUS, DownUnder Racing), and Jeppe Borch (DEN, Borch Racing). While Poole, Price and Egnot-Johnson were quick to despatch their opponents 3-0 in the quarter-finals, Borch lost his second race to New Zealand's Megan Thomson, but the team was able to redeem themselves to finish the next two races against Thomson and advance to the semis with a 3-1 score. 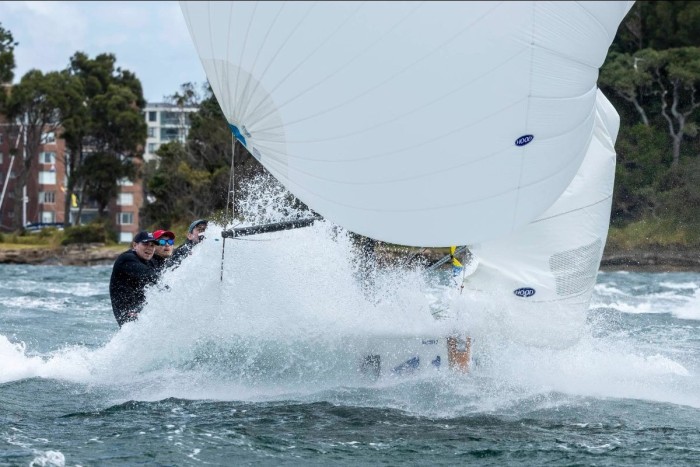 The persistent southerly breeze brought with it some early rain showers to the race course before clearing to bright skies and gusts over 28 knots.

After drawing their respective opponents, the semi-finals got underway completing just a single flight before PRO Denis Thompson called an early finish to the day as the breeze started to build with gusts over 30knots.

The opening race of the semi-finals saw a shock early loss for event leader, USA's Chris Poole, who up to that point had not lost a race, with Jeppe Borch storming away in Race 1.

In the other semi-finals, the two friendly rival teams from 'down under' saw another intense battle, with Nick Egnot-Johnson coming away with early bragging rights of the home favourites Harry Price, representing the host Club.

Racing continues tomorrow from 1030 AEST to complete the semi-final stage and the final. Live coverage with Nic Douglass will be streamed across the World Match Racing Tour channels.

The boats that are finding something new are the best boats