The 2016 edition of the METSTRADE Show has once again broken all previous records for exhibitor and visitor attendance while setting a new benchmark for how a B2B exhibition becomes a memorable event for all involved. A packed programme of events before, during and after the show added to the bustling professional atmosphere as METSTRADE reinforced its unrivalled position as the global platform for the entire marine industry and its niche segments.

The distinctive METSTRADE atmosphere generated by people from around the world connecting in a productive environment continued throughout the show, which ultimately saw the 6610 personnel representing 1471 exhibiting companies welcome an exceptional final total of 23,702 visits. The figure of 15,541 unique visitors was an increase of eight percent on the previous highpoint set in 2015, and they represented 11,091 different companies, a year-on-year rise of 7.5%.

The three-day METSTRADE Show, which ran from November 15 to 17, was flanked on either side by leading conferences in the superyacht, leisure marine sustainability, yacht design & construction and marina sectors. The busiest day of the exhibition, the Wednesday, saw almost 10,000 visitors file into the RAI Amsterdam centre to access the 11 halls open for business (a 3000-square-metre increase on last year’s show floor layout).

Young professionals flock to METSTRADE
A further breakdown of the show figures makes for impressive reading. Strong year-on-year growth was seen at the three shows-within-a-show: the SuperYacht Pavilion hosted 265 exhibitors (compared to 224 in 2015), with 64 stands in the sold-out Marina & Yard Pavilion (49 in 2015) and 45 in the Construction Material Pavilion (31 in 2015).

Turning to the visitor numbers, no less than 64% were from outside the Netherlands. Italy, France and Denmark, three countries which have always been well represented at METSTRADE, saw significant rises this year. And there were a large number of Russian, Polish and Swiss visitors in attendance, which has not been the case before.

Moreover, 85% of the overall visitor total had decision-making authority within their company. And with some 22% of visitors being under 35 years of age, a 10% rise on METSTRADE 2015, the future certainly looks bright for the marine equipment industry.

Raising the bar
Statistics alone cannot do justice to the air of excitement which prevailed throughout METSTRADE week, with the enormous amount of business conducted being interrupted only by the social gatherings and encounters with fellow professionals from around the world. According to RAI Amsterdam's Maritime METSTRADE manager Irene Dros, while being famous for showcasing the vibrant nature of the maritime industry, METSTRADE is also fun for all who gather in Amsterdam for this annual event.

“The 2016 edition of METSTRADE may well be remembered as the year which the show raised the bar to the next level. The side programme of conferences and events was bigger and better than ever before, and it is clear that METSTRADE increasingly serves as a magnet for smart initiatives from across every discipline and market within the maritime world. Not only are we compering more events: crucially, they are all proving to be very successful and focused on the kind of face-to-face meetings for which RAI Amsterdam is renowned.”

High-end concepts
Dros cites the examples of the new Leisure Marine Sustainability Conference and the Boat Builder Awards gala, which was held at Amsterdam’s iconic Maritime Museum. “These kinds of events attract the crème de la crème from the industry and add excellent high-end networking concepts to the show. We will continue to emphasise this aspect in the years ahead as it is a win-win situation for everyone.”

The recently announced decision by RAI Amsterdam to take a 50% share in the IBEX trade show (the American equivalent of METSTRADE) reinforces this forward-thinking approach towards expansion. So too does the METSTRADE Online Community, an initiative launched earlier this year which enables members to network and stay up to speed with the latest industry innovations all year round.

“None of this would be possible without the excellent long-lasting partnerships we have with the exhibitors at METSTRADE,” concludes Dros. “Their willingness to innovate is the engine – the wind in our sails – that will drive us on as we continue taking this show to new heights of B2B excellence.”

In 2017, the METSTRADE Show will be held from 14 to 16 November in RAI Amsterdam Convention Centre. 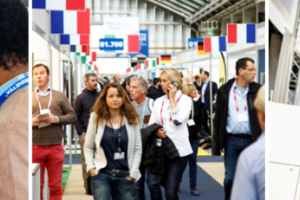 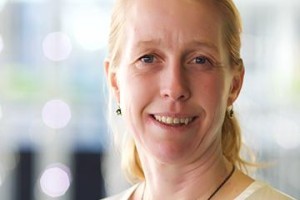 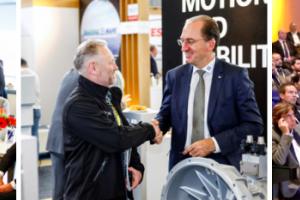