At the prestigious international Düsseldorf Boat Show, staged in the German city from January 20 to 28, 2018, Azimut Yachts, the brand that forms part of Azimut|Benetti Group, which placed first in the Global Order Book 2018  ranking of the world’s leading builders of luxury yachts over 24 meters for the 18th year running, presents the world premiere of two new Italian-built gems: Azimut Atlantis 51 and Azimut Flybridge 55.

Performance and space on board are two of the standout features of AtIantis 51, whose sporty, aggressive lines were designed by Marco Biaggi and Filippo Salvetti, the owners of Neo Design, who have worked on the entire range since 2009.

Sleek exterior lines and interiors featuring soft, flowing shapes, are the distinctive features of Flybridge 55. The yacht’s two designers both have a long-standing relationship with Azimut Yachts: Stefano Righini (exterior design and concept) and Achille Salvagni  (interior design), who has brought his famously original style language, borrowed from residential architecture, to the boat’s interiors.

The yachting season looks set to be a very positive one for Azimut Yachts, which reports a +30% rise in orders against the same period the previous year. “The Grande collection has made a positive contribution to this performance,” commented Azimut Yachts Managing Director Marco Valle, “confirming its strategic role as announced in September at the start of the season, when the 24 meter and over segment was earmarked as the main driver of brand growth. Our launch strategy too, which aims to identify the best context for each product, has proved to be a winning one. Another key factor,” continued Valle, “is the support of a team of architects who have different styles and approaches, with whose help we are successfully bringing to market products with strong personalities, each addressed to a specific target”. This is the approach on which the two new models, Atlantis 51 and Flybridge 55, are based, “two yachts packed with distinctive features that guarantee their success”.

At the Azimut Yachts stand in Hall 6, the most prestigious at the Dusseldorf Boat Show, the shipyard also showed its flagship products: the 60 Fly, the 50 Fly, the S7 and the Grande 30 Metri.

As announced last September at Cannes, there will be a total of 4 launches from now until the next event on the Croisette. In addition to the two novelties presented at Düsseldorf, there will also be the S6 and the Grande 32 Metri. And making their appearance on the yachts on show for the very first time are several works created specifically for Azimut Yachts by the photographer and artist Francesco Jodice. They form an integral part of a three-year project entitled “The Voyage” which, through the study of antique documents, maps, travel journals and naval techniques, has the aim of reconstructing and interpreting the states of mind that accompany the myth of the sea voyage. The goal of the initiative is to identify potential new targets, in this particular case by exploring the world of art collectors with a passion for fine photography. 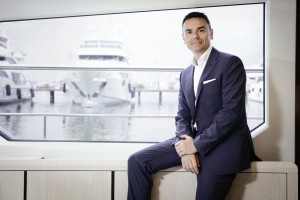 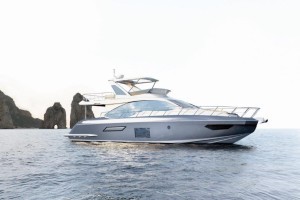 Pilot Saloon 42 made her world premiere at the BOOT Düsseldorf

BAVARIA YACHTS at the boot Düsseldorf with BAVARIA C45