Azimut Yachts: for the first time ever a yacht in Times Square

She played hard to get, like the most beautiful women, but in the end love won the day and on June 6 Azimut S6 finally arrived in Times Square! This is the unique location hosting the exclusive and exciting installation that features one of the finest yachts in the Azimut Yachts range. The remarkable initiative completes the New York celebrations organised by Azimut|Benetti to celebrate the Group’s 50th anniversary, in partnership with Design Pavilion and NYCxDesign, demonstrating once again the Group’s commitment to promoting interaction between art, yachting and design.

World-leading megayacht builder Azimut|Benetti Group, after celebrating its fiftieth anniversary with an exclusive gala dinner last May 11 at the Rainbow Room on the 65th floor of the Rockefeller Center, has chosen the ultimate birthday gift for itself: an exclusive installation featuring the 18-meter yacht Azimut S6 in the world famous location of New York’s Times Square.

The installation brings to a close a month of initiatives linked to this extraordinary anniversary, including public and private events, cruises on the Hudson river, cocktails on Chelsea Pier, debates and talk shows, with what can only be described as an unforgettable grand finale.

In fact, this is the first time in the history of one of the world’s most famous city squares that such a big yacht (the biggest that the square was able to host) has been exhibited and transformed as part of a creative installation. The organisation and production of this incredible initiative was made possible by the partnership with Design Pavilion and NYCxDESIGN, the annual event at which New York celebrates design. The partnership between Azimut|Benetti Group and Design Pavilion confirms the company’s desire to continue to surprise and innovate the yachting sector, not least through alternative communication initiatives that illustrate the cornerstones of the company culture: refined universal design, constant evolution and ongoing technological research.

The installation (preceded last year by the Azimut S7 initiative outside the Triennale di Milano during Milan Design Week, also produced by FeelRouge Worldwide Show) is part of a cultural operation designed to shine a light on the DNA of the Azimut brand, which from the outset has hybridized yachting with unexpected elements, broken the rules of convention, and subverted the established order. In this sense, even the locations chosen to exhibit the product are not coincidental.

A 60-feet boat taken out of its natural element of the sea and placed in an iconic city square densely populated with neon lights changes our perception of the usual and the possible, and this is how it symbolically represents the drive for innovation in design and technology that is a distinctive feature of the Group’s projects. For Azimut, being at the center of what New Yorkers call “The Crossroads of the World” means being at the symbolic center of the contemporary world, at the nerve center of a network, a representation of global contaminations...

This spectacular urban show is designed to create a dialogue with the city, in which the yacht reflects the hypnotic and kaleidoscopic plays of neon light, in a new form of design that is consistent with the powerful choices and new codes established by Azimut Yachts over the glorious past 50 years.

The initiatives connected with the S6’s appearance in Times Square until June 11 also include public engagement activities, the first of which is addressed to new generations in partnership with One Ocean Foundation, the organiser of projects to protect the marine environment. The second, on the other hand, promotes an international competition for design students entitled Can You See/Sea The Future, organised by Azimut Yachts in collaboration with Arts Thread.

In the days following the gala evening, Azimut|Benetti top management played a leading role at two important initiatives. At the Nasdaq Impact Summit, which provides a forum for sustainability initiatives, an entire session was devoted to the protection of the oceans, featuring some key players including Volvo Penta, Paola Lenti, Seakeeper, One Ocean Foundation and, of course, Azimut|Benetti. And on May 14, a panel discussion was organised on the role of art and design in contemporary lifestyle, moderated by New York Magazine design editor Wendy Goodman and chaired by Group Vice Chair Giovanna Vitelli.

So far as concerns this latter event, it should be remembered how the history of Azimut is run through from the outset with the creation of new archetypes based on unprecedented design and lifestyle solutions. The Group has established highly successful partnerships with the world’s finest designers in both the yachting segment and beyond, firmly convinced that important innovative input can be provided by other areas of endeavour. The famous names brought in from the luxury residential and artistic sector include Elle Decor US A-List member Achille Salvagni, who took part in the panel discussion, Vincenzo De Cotiis, whose work includes both architectural projects and art installations and who is represented in New York by the Carpenters Workshop Gallery, and the New York-based European duo Enrico Bonetti/Dominic Kozerski, currently in charge of the new Pace Gallery project in New York, who were also on the panel, along with Carpenter’s Workshop Gallery Director Ashlee Harrison, and Jennifer Olshin, Partner at the Friedman Benda collectables gallery.

The company finally confirms its pioneering and revolutionary vision, as well as involving young talents who it offers the possibility of becoming future protagonists in the industry, through Azimut Yachts’ launch of a design competition jointly with Arts Thread, the digital platform that acts as a meeting point between artists and designers. The winner will be announced before the end of the year. This is the most recent chapter in the long-standing partnership between the Group and various schools of design and universities, including IED, Polimi, Coventry University and Politecnico di Torino, with the aim of identifying the latest trends and propositions in yacht design. Azimut|Benetti Group has also entered into a partnership with One Ocean Foundation, the no profit association committed to protecting the marine environment by promoting a sustainable “Blue Economy”, a better understanding of the situation in the oceans, and programmes for the new generations.

Five international events have been planned for the Group’s 50th anniversary, each representing a decade of Azimut Yachts’ activities, starting from 1969, the year the company was founded by Paolo

Vitelli. Dubai, New York, Cannes, and Hong Kong are the locations involved, with a concluding evening event held at the company’s Avigliana headquarters near Turin in December. 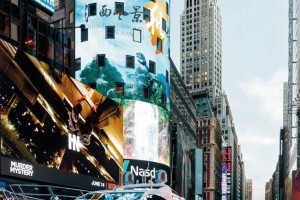 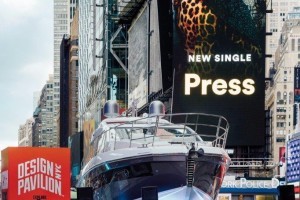 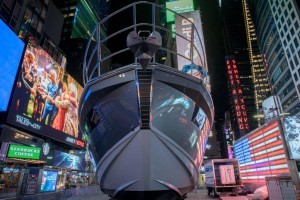 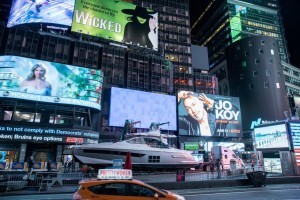 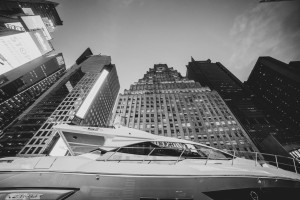 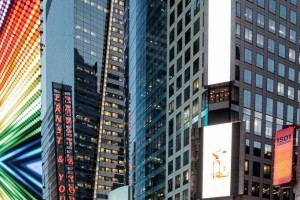 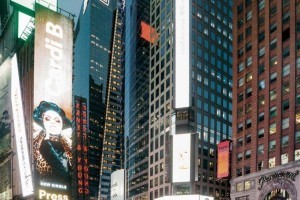 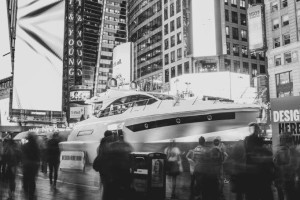 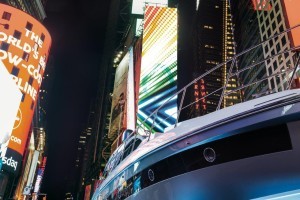 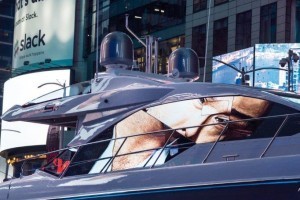 Azimut at Boot in Düsseldorf with the new S7

Azimut Benetti is the world's leading manufacturer of megayachts

Azimut Grande 26M, offers all the features of a superyacht