CCN at the Monaco Yacht Show with M/Y Vanadis

Awarded at the World Yachts Trophies in Cannes in the "Green Yachts" category, CCN Fuoriserie M/Y Vanadis, the first Made-in-Italy motor yacht to obtain the Lloyd’s Register’s “Hybrid Power” certification, will be present at the MYS from 25 to 28 September.

MY Vanadis is the first Made-in-Italy motor yacht to obtain the Lloyd’s Register’s “Hybrid Power” certification - a breakthrough resulting from a close cooperation between LR, CCN and Siemens.
Vanadis is the fourth yacht in CCN’s Fuoriserie family, recently delivered to her Owner, a 31 m fully-custom aluminum yacht that stands out for her harmonious architecture, her classical, timeless outer lines and cutting-edge technological solutions, as well as featuring a great focus on environmental friendliness and efficiency.

On board the Vanadis, the 2 SCHOTTEL Azimuth PODs, capable of rotating 360° on its vertical axis, have been for the first time combined with the technology of the XENTA Integrated Steering Systemsith. Thanks to this Maneuvering System, both the control of the PODs and bow thruster are managed by a single processor. Equipped with specially customised software for this application, the maneuvering system modulates in real time and with great efficiency thrust and direction of each propulsion to put the captain in a position to control M/Y Vanadis with maximum precision.

Both the interior layout and interior styling have been fully customized to the specific needs and wishes of the Owner OF M/Y Vanadis. This has resulted in a highly functional, comfortable, discrete and tasteful design. The general style can be described as a modern interpretation of a “Jugendstile Interior” thanks also to the use of wood such as bleached oak and walnut. The use of a light color scheme, loose furniture, large windows and a well thought out general arrangement has given her this open relaxing ambiance.
Her light decor blends in with the furniture selected together with the owner from brands such as Wittmann, Giorgetti, Knoll and JAB. 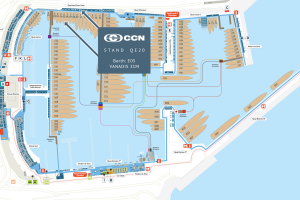 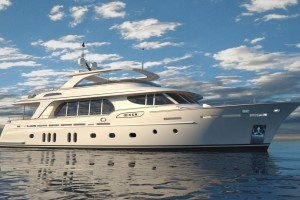 YYachts delivered the 1st Y9, the new flagship of the German shipyard

CCN and Camper & Nicholsons announce the sale of project Dom123