At the conference, Cantiere del Pardo announced to the public the World Premiers exhibited at the show, the new 2023 models, and future projects. This important event, held on Wednesday, September 7th at the Radisson Blue hotel in Cannes, was attended by the key figures from the shipyard, designers, international press, and the entire sales network of the three brands.

Gigi Servidati (President of Cantiere del Pardo), Fabio Planamente (CEO of Cantiere del Pardo), Franco Corazza (Project Manager of Grand Soleil), Massimo Gino (Co-founder of Nauta Design), Matteo Polli (Naval Architect), Rok Babarovic (Business Developer Manager of Cantiere del Pardo), Andrea Piccione (Head of Sales of Volvo Penta), spoke during the meeting, interviewed by Matteo Zaccagnino, moderator of the conference. It was precisely on this occasion that the new models for the 2022/2023 season, protagonists of this edition of the Cannes Yachting Festival 2022, were presented as World Premières: Grand Soleil 72, Grand Soleil 40 and Pardo GT52. While, the centerpiece of the conference was the world premiere presentation of the new Pardo GT75 project: the future flagship of the Pardo Yachts brand, destined to define a new course for the shipyard, which officially enters a new market segment with the GT range. 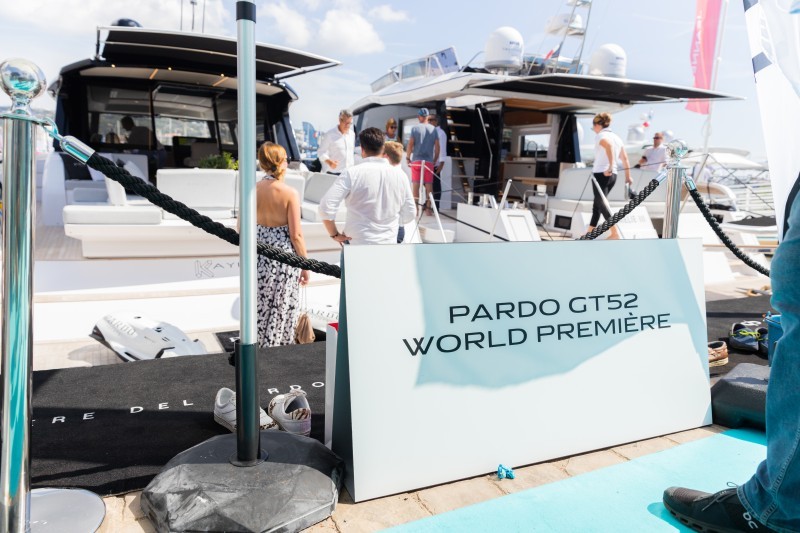 For the VanDutch brand, the topics of the conference were the new commercial strategy that saw the opening of four VanDutch Centers (Saint-Tropez, Lake Garda, Miami, Balearics) and the overview of the renewed VanDutch range, with particular attention to the VanDutch 56, the latest model launched.

In addition, the shipyard announced new investments regarding the Forlì headquarters and the expansion of production facilities: these investments include the new test tank for yachts up to 24 meters and the new production facility intended for yachts up to 30 meters that will be entirely dedicated to the shipyard's larger models, which are increasingly in demand by owners and clients.

The evolution and expansion of the shipyard have also been conceived in a sustainable and environmentally conscious perspective: indeed, a photovoltaic system capable of generating almost the entire energy needs of the production and offices will soon be installed, thus significantly reducing the emission of CO2 and pollutants released into the atmosphere. 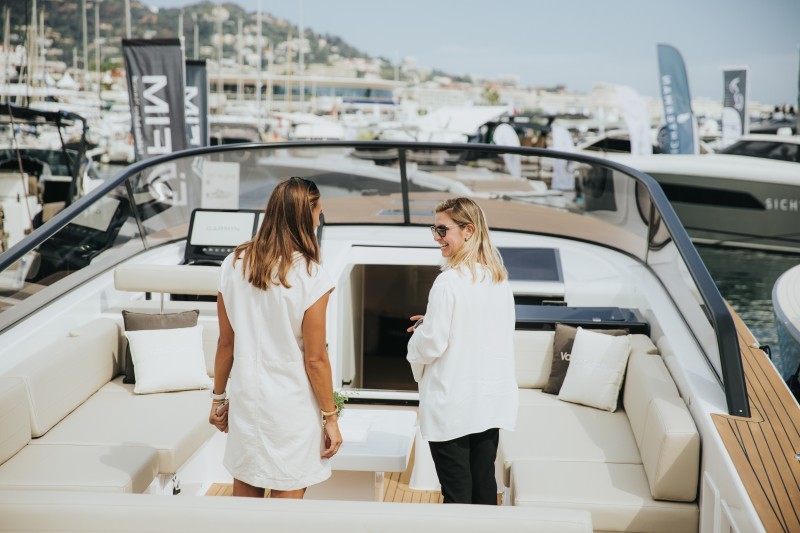 On the evening of Wednesday, September 7th, at the exclusive O'Key Beach restaurant on the beach in Cannes, the Cantiere del Pardo signature dinner party was also held, where the nearly 180 guests were able to celebrate the latest models born in the Shipyard. Cantiere del Pardo would like to thank all the journalists from the international press, the sales network, and all the Cantiere staff who actively contributed to the perfect success of the event. Special thanks go to the main sponsor of the events, B&G, with whom the Shipyard has been closely cooperating for years. Also, a heartfelt thanks to Falconeri, Cantiere del Pardo's partner for the dinner party.

Cantiere del Pardo's events do not end here: we look forward to seeing you from September 22 to 27, 2022 at the Genoa International Boat Show!

Cantiere del Pardo is ready to launch the galley-up layout