SW94 Windfall continues to emphasize the “racer” in racer/cruiser bringing home a hard fought victory in the Maxi 2 Class and an excellent third place in the Maxi Class overall behind two pure. Everything came together to make the 9th edition of Les Voiles de Saint-Barth Richard Mille an exceptional event. Just seven months after the destruction caused by hurricane Irma, a fleet of 53 of the world’s most competitive yachts gathered to show their solidarity for the island and her people and to compete this spectacular event. SW94 Windfall made sure to keep the levels of suspense high, right to the final moments of this spectacular event.

At the time of leaving port on the final day of racing, SW94 Windfall, competing in the Maxi 2 Class, had chalked up two first places and two seconds in the previous days’ races. She was tied for points with her closest competitor, Aragon, but ready to fight their incredible duel out to the end in gusty 25 – 27 knot winds and big seas.

“I have a sense of déjà vu,” said the tactician aboard Aragon before the start of racing. Right he was, because the same two boats had been in exactly the same situation at the 2017 edition of Les Voiles: tied for points going in to the last race.

While some joked that the robust conditions on the 28-mile course were “like summertime” for Windfall and her Irish crew, sailing was challenging and the competition was hard fought. But Windfall emerged victorious again while her owner, Michael Cotter played down his win. “The boat went well and the more the breeze picked up the better it went,” he said. “We had no major incidents and our crew of friends and some pros held up well. Most of the team knew the boat already and we had two days of practice before the event started. So we won, yeah, luckily enough. We had a good battle, very good, and we edged them out in the end. It looks like we just have the better boat,” he concluded with an infectious chuckle. Soon after the competition the owner’s of both yachts could be found dockside enjoying a good laugh together.
Windfall was also competing in the Maxi Class against some of the most competitive pure racers on the Maxi circuit today.

Her third place overall just behind Proteus and Rambler 88 prove how strong her performance was. In fact, Cotter is one of the owners who best embodies Southern Wind Shipyard’s racing soul. Previously he sailed his SW78 Whisper, hull number one in this successful series, to Class victories in the 2009 Rolex Fastnet Race and the SWS Trophy amongst many other important events. The string of important wins seems destined to continue aboard Windfall.

Our sincerest congratulations to Cotter and his Windfall and Fair Winds to all. 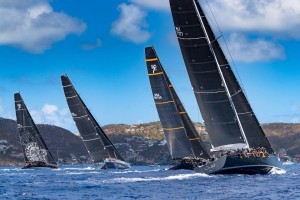 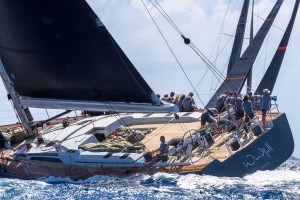 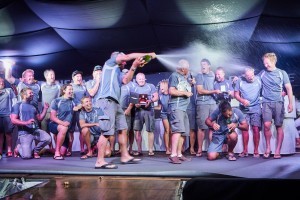 The Resource Consent has been lodged with the Auckland Council

The Southern Wind Rendezvous and Trophy draws to a close