Monaco, Sunday 15th January 2017. Two events in one weekend, 18 nations represented and 280 sailors racing in Monaco - the Yacht Club de Monaco hit the ground running for the start of 2017, gathering the best one-designs who have set up their winter base in the Principality. Proof was there in the presence of Brazilians, Russians and other North European teams who took full advantage of the venue to train before this weekend’s regattas.

“At a time when weather conditions are difficult all over Europe, it’s good to be able to race at the highest level in a steady breeze beneath sunny skies in Monaco,” commented Nino Schmueli, World Sailing Instructor and PRO for the Olympic Games.

HIGHTLIGHTS OF THE DAY: https://youtu.be/hHdAA5CK8xU

For the eighth year in a row, 64 young competitors descended on the Principality to compete in the Monaco Optimist Team Race, an original format organised by the YCM with the support of FxPro, Eventica, Fon and clothing supplier Slam.

The programme proved intensive over the four days with no less than 150 races held, much to the satisfaction of Alfredo Ricci, PRO, Team Race specialist “Every year the level increases. These youngsters are very competitive and enthusiastic, given that for some from the north it’s impossible to sail in winter. Bring on the next edition!”. The event is recognised by federal authorities and is now ranked Grade 3 and organised by World Sailing’s top umpires, headed by Chief Umpire, Chris Atkins.

It was a full house for the Nordics with newcomers, the Bodensee Yacht Club Ueberlingen in Germany, dethroning Swiss title holders, Société Nautique de Genève. “It’s the first time we’ve come and it has been a great regatta. It wasn’t easy every day, we had to fight hard but it was worth it,” beamed one of the German team’s members after prize-giving. The Swedes from the Royal Swedish Yacht Club, also new to the event, were hard on their heels followed by the Finnish from Helsingfors Segelklubb.

The all new Monegasque team, comprising Andrea Tortella, Logan Viciana, Luca Frederiksen and Mathieu Choquet, most of whom were making their match race debut, finished 11th, just behind three-time winners of this event, the Gstaad Yacht Club.

HIGHTLIGHTS OF THE DAY: https://youtu.be/hHdAA5CK8xU

For the three one-design classes competing in the first Monaco Sportsboat Winter Series regatta of 2017, the Monegasques were up there with the best.

In the ultra-dynamic all-carbon M32 catamarans, the YCM’s Guido Miani (Team Neverland) won the event for the second time, one point ahead of the specialist and driving force behind this class, Riccardo Simoneschi (Italia Sailing Team).

In the J/70s the 40+ participants from 11 countries relished the steady northerly and slight chop that results. For many top sailors, Monaco’s winter circuit, with monthly regattas from October to March, is not to be missed as preparation for the big June-August meetings (European and World Championships). YCM teams clinched the top two spots: Stefano Roberti, European Vice-Champion with two race wins proved how at ease he is in this class, but it was Ludovico Fassitelli’s (Junda) consistency in the front that pipped his rival to the post. Swiss Alain Stettler (Enjoy) completed the podium in 3rd.

In the Melges 20, Youry Morozov’s Pirogovo Sailing totally dominated ahead of compatriot Vladimir Prozikhin (Nika), more used to the Melges 32 and RC44.

The weekend was extra special for the Russian community who celebrated their New Year on Friday 13th January in line with the Orthodox calendar. As has become customary, the YCM organised a party for more than 500 guests.

The next event is a must: the 33rd Primo Cup-Trophée Credit Suisse runs from 2-5 February for the Melges 20, J/70 and M32, plus three other one-design classes: Star, Smeralda 888 and the official Tour de France à la Voile boat, the Diam 24od. A spectacle is guaranteed with some 100 boats expected on the Monegasque race area. 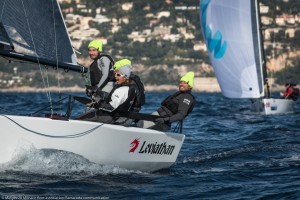 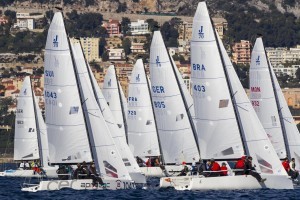 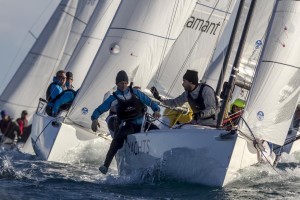 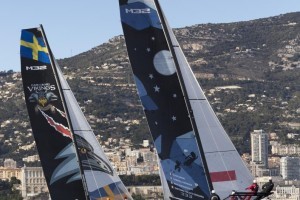 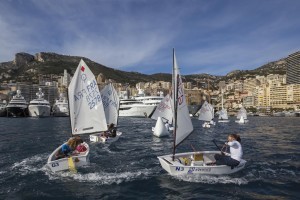 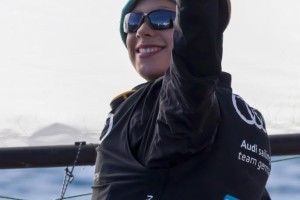 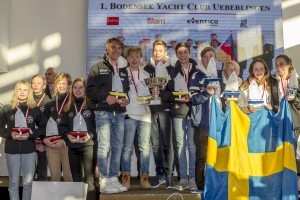