Monaco, 11th March 2018. The 5th Monaco Sportsboat Winter Series of monthly regattas from October to March ended today. Organised by the Yacht Club de Monaco, in collaboration with technical clothing supplier SLAM, the meetings offer international teams an opportunity to establish their winter base in the Principality before the main season starts.

Monaco, a veritable capital of yachting, attracts talent from all walks of life as evidenced by the 260-plus sailors from 11 nationalities on 180 boats, who descended on Monaco over the winter to compete in a total of 58 races. After the Melges 20s mid-February which crowned the Russians on Alex Team, it was the turn of the J/70s to thrash it out in their final Act of the season in a southerly veering easterly which met competitors’ expectations.

Like a diesel engine, the Russian team tempered their starts, remaining in contact with the fleet without ever taking the lead at the start of a race. Led by the talented Valeria Kovalenko, the boat obeys a golden rule: don’t take anything for granted until the finish line. Constantly alert, eyes riveted on their opponents and the course, the team is like a well-oiled machine, nibbling away at the metres with each manoeuvre. At 1.6m tall, Valeria Kovalenko strikes an imposing figure and has certainly set the bar high as the indisputable queen of the Monaco race area, winning all Acts in this 5th edition to bag the series by a clear 84 points: “I want to thank my crew from the bottom of my heart for helping me win here in Monaco, and the YCM whose superb facilities are ideal for organising this type of event.” Stefano Roberti (Piccinina) came in a well-deserved 2nd, an enormous satisfaction for the YCM sailor: “I am really delighted with this result which I owe to my team,” he said. The Italian Germano Scarpa (Sport Cube) completed the podium in 3rd.

Results for this final Act remained almost unchanged, with Art Tube topping the ranking, ahead of Alice followed by the Swiss on Cde.Ch.

The J/70 class remains very dynamic in the Principality with 20 boats flying the YCM burgee, and an eye to the future: “In 2021, we will be hosting the J/70 World Championship,” announced Monaco class President Michel Boussard, who continues the work already put in: “From today till the event, we will continue to organise regattas, training sessions and clinics run by professionals in order to be ready.”

Amateurs at the meeting

In the Corinthian (amateur) category, competitors pulled out all the stops and managed to upset some of the best teams. The Swiss on Quarter2Eleven won this regatta and finished 4th in the overall ranking all categories combined. Rémi Piazza, a young sailor from the Sports Section made excellent progress and is now a loyal fan of the Monaco Sportsboat Winter Series. He won the season in the amateur category with a team comprising all YCM sailors.

Russian victory in the Melges 20

The final Act for the Melges 20 in the Monaco Sportsboat Winter Series was at the last Primo Cup – Trophée Credit Suisse (February). At the end of 28 races, it was the Russians on Alex Team who stepped up to the top of the podium ahead of stage local, Ludovico Fassitelli (Junda). Maxim Titarenko (Leviathan) clinched 3rd for the 2017/2018 season.

Loyal to the Principality, the Stars, a former Olympic class, joined the party for the fourth stage of their winter circuit. German duo led by Steffen Rutz (Jaguar) lived up to their reputation by winning the event and all the races. Olympic sailor, Christian Nehammer (8423), was 2nd just ahead of the YCM’s Filippo Orlando at the helm of Furiosa.

A season of promise

The Monaco Sportsboat Winter Series returns 8-11 November 2018 for the first Act of the sixth season. Meanwhile, one-designs will again take centre stage 27-31 March when the Principality hosts the first Monaco Swan One Design, a gathering of these fast competitive, elegant boats. A first to be followed by another premier 1-8 June when the Yacht Club de Monaco organises the first Monaco Globe Series for the IMOCA 60 class. The event is a double-hander non-stop offshore race of 1,300nm and a qualifier for the Vendée Globe 2020, embracing the most emblematic marks in the Western Mediterranean. 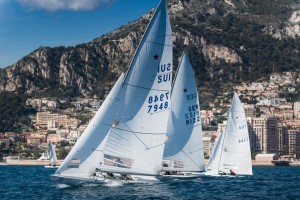 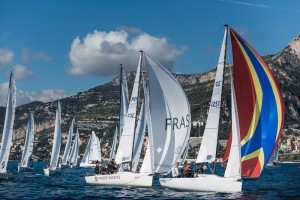 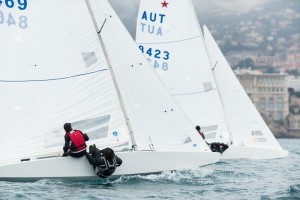 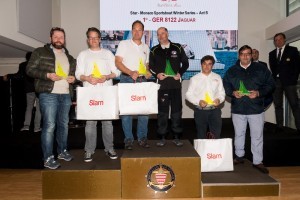 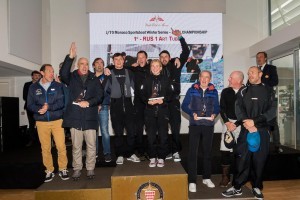