With sea and air temperatures of 18°C it was like spring for the 76 contestants in Act II of the Monaco Sportsboat Winter Series for two classes (J/70 and Melges 20).

Four races were completed under blue skies on a flat sea with 12 knots of wind for the J/70s and three for the Melges 20 on the first day.  A forecast of Force 8/9 in the Mediterranean meant there was no racing on the last day, with everyone happy to see prize-giving brought forward.

Melges 20: a tight-knit fleet
It was a closely-fought battle in the Melges 20s who remained grouped from start to finish in all races, the number one position changing hands several times at the marks. Alexander Mikhayliv and his team onAlex Team clinched victory (2/1/1) ahead of Leonid Altukhov’s Lucky (1/4/2), with the Monegasque Synergy of Valentin Zavadnikov in 3rd and Anatoly Karachinsky (Path) 4th.

J/70: Monegasques dominate against international field
Finns, Danes, Russians, Brazilians, English, Germans and of course Italians descended on the Principality to take advantage of the mild Mediterranean winter conditions to train and compete on the race area that will host the J/70 Worlds in 2021, organised by the Yacht Club de Monaco.

An international field but an all-Monegasque podium after an intense battle between Nico Poons (Charisma), Roberto Stefani (Piccinina) and Ludovico Fassitelli (Junda), winner of Act 1 in November. Despite winning two races with ease, Ludovico Fassitelli was 3rd just behind Roberto Stefani, making his return to the class with a new team and tactics by France’s no.1 Laser sailor Jean-Baptiste Bernaz.

But the most consistent was Nico Poons, fresh from his triumph on the 2018 RC44 circuit, whose bold tactics on the start lines placed Charisma in the best position on the race area to take the first step of the podium.

In the all-amateur-crew Corinthian class, specific to the J/70s, it was Swiss sailor Bruno Zeltner (Quater2eleven), a regular at the Monaco Sportsboat Winter Series, who pipped Monegasque Cesare Gabasio (TinnJ70) to the post by one point to win it.

Third place in the Corinthian category went to Claudio Canaccini, leading a team of youngsters from the Yacht Club Italiano who were racing on one of the Sports Section’s J/70s loaned to them by the Yacht Club de Monaco. It is all part of the Monaco club’s policy to boost exchanges between clubs twinned with the YCM through its Youth Offshore Academy. 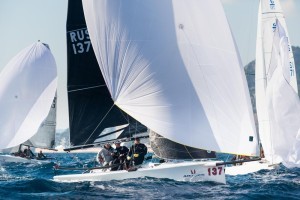 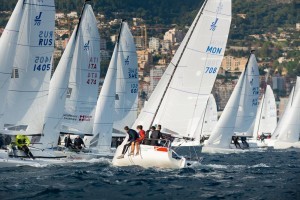 Cranchi E26 Classic the superyacht tender according to Christian Grande