The Race, formerly known as the Volvo Ocean Race, has been nominated for prizes by sports industry selectors in a trio of areas – Fan or Community Engagement Award, Cutting Edge Sport Award, Social and Sustainable Development Award – following a record-breaking 2017-18 edition.

The BT Sport Industry Awards 2019, with 19 categories of outstanding competition, bring together the biggest and best sport brands, campaigns, events and organisations on the planet, including the likes of adidas, Nike, Formula One, Visa, BT Sport and the European Tour.

The Ocean Race Co-President Johan Salén said: “We are delighted to have been shortlisted against some very impressive events and campaigns in three areas that are key to our organisation.

“The 2017-18 edition of the Race saw us shift perceptions of sailing as a sport, and reach more fans than ever before,” he continued.

“Sustainability is key to who we are as an event, and finding unique ways to communicate and engage fans old and new, and building innovative technological solutions in the most extreme places on the planet is what we do.”

The nominations are the latest in a line of honours received by The Ocean Race, which will start again from Alicante, Spain in autumn 2021. Interest in the next race is high, and several high-profile sailors – including French Route du Rhum winner Paul Meilhat, and Volvo Ocean Race winner and America’s Cup skipper Franck Cammas – have recently signalled their intent to take up the challenge.

The BT Sport Industry Awards are the largest commercial sports awards in the world. Winners will be announced on April 25 in London.

For more information about The Ocean Race and the BT Sport Industry Awards, see below:

The Fan or Community Engagement Award celebrates the most original and engaging brands in sport, including adidas Football, BT Sport, The FA and the ECB. The Ocean Race has been shortlisted for its ‘RAW’ initiative – a unique approach to real-time storytelling.

With faster, more direct content from the Race track, a more accessible and educational approach to storytelling, and behind-the-scenes, unique access in the Race Villages around the world, the Race reached more fans than ever before, and saw its core demographic across digital channels skew towards a younger age group of 25-34.

Ahead of the 2017-18 edition, Race rules were changed to allow sailors to send social media updates from the boats – and this real-time and raw approach saw almost 200 hours of tailored content delivered directly to social, and over 200 million video views on the Race’s channels.

To achieve that level of ‘always-on’ connectivity – even in the most extreme and remote areas of the planet – requires an innovative approach to technology, and the Race’s ability to deliver immersive multimedia such as 360° video, never-before-seen drone footage and live updates direct from the sailors saw it set a new standard for sport broadcasting from the field of play.

The scale of this technological challenge hasn’t gone unnoticed in the industry, and the Race’s work in this area has been selected in the Cutting Edge Sport Award category, alongside the likes of BT Group, Discovery, Eurosport and EFL Digital.

In the Social and Sustainable Development Award category, The Ocean Race’s industry-leading ‘Clean Seas/Turn the Tide on Plastic’ campaign goes up against Beko, City Football Group, Lucozade and MCC.

The campaign – which saw the Race partner with the likes of 11th Hour Racing, UN Environment and Mirpuri Foundation to drive conversation around ocean health and marine conservation – sparked a global movement against plastic pollution, and consisted of a range of activations such as Ocean Summits, a wide-reaching Education Programme and even a team racing around the planet under the banner of Turn the Tide on Plastic, supported by Sky Ocean Rescue. The initiative has also been shortlisted for the Public Awareness Award at Boat International’s Ocean Awards.

Alex Coulson, Managing Director of Sport Industry Group, said: “As the biggest commercial sport awards in the world, the BT Sport Industry Awards have always served as a fantastic barometer of the industry’s health and an indicator of emerging trends.

“This year’s shortlist provides yet more evidence of the highly resilient nature of sports, with clear signs that the industry has enjoyed a bumper year.
“What’s also clear is the ongoing transformation of sports media landscape, whose impact we expect to see ripple further through the industry in years to come.”

The BT Sport Industry Awards 2019 Official Shortlist is the product of the rebranded “Industry Selects” phase of judging, which involved more than 60 organisations – a greater diversity than ever before – in a process fully overseen by EY. 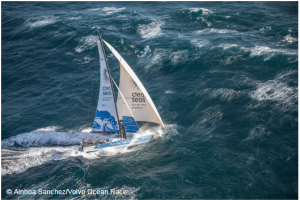 Benetti Yachts will be at the Dubai International Boat Show