UP40 – Explorer is the second of three concepts developed by Antonini Navi based on the modular steel platform that allows the type of yacht and its configuration to be decided during the construction process. Like the previous model, UP40 - Explorer has been designed in collaboration with Fulvio De Simoni and stands out for its elegant, understated style and a harmonious design that is both balanced and innovative. The aggressive lines of the generous freeboards project a strong personality, while the impressive raised bow is based on Antonini shipyard’s Offshore Patrol Vessel (OPV) designs.

The unit will be available in two versions ─ Classic Explorer and Sport Explorer ─ which have different Sun Deck layouts. Both models have an impressive owner’s suite on the Upper Deck offering a full 65 square meters of space and a magnificent 360-degree view of the sea.

UP40 - Explorer is the second of three models designed around Antonini Navi’s UP40 platform. With their strong character and a versatile architecture that is functional but understated and elegant, they offer the ideal way to enjoy a direct and intimate experience of life at sea without neglecting the varied needs of each owner.

The unusual and original arrangement of the decks on the UP40 - Explorer allows the helm station and foredeck to be placed midway between the Main and Upper Decks, minimizing the difference in height and creating seamless continuity across the entire upper section of the boat, turning it into a huge terrace with a spectacular view of the sea. When combined with the attractively asymmetrical design of the pathways along the side walls, this solution results in a remarkable continuous deck. The distinctive feature of the new UP40 - Explorer, one that is imprinted in the platform’s DNA, is the helm station placed on a half deck and enhanced on this yacht with an enclosed bridge to improve the watch duty experience during night-time navigation.

Static and dynamic testing of the hull, hull lines and appendages was performed at the MARIN Maritime Research Institute in the Netherlands, simulating even extreme conditions to ensure seaworthiness.

The impressively high cut of the bow derives from the Offshore Patrol Vessels (OPV) built in the recent past by the Antonini shipyard and the hull’s bulbous bow is fundamental in improving seaworthiness and safety.

In the stern, the modular platform is two meters wider, significantly increasing the volume of the engine roomand creating space for all the onboard systems in this the “beating heart” of UP40 - Explorer, a yacht designed for serious navigation.

Two versions of the Explorer model will be available: the first, Classic Explorer, features a big 60-square-meter Raised Deck fitted out as a technical area for tenders, submersibles, other equipment and water toys, complete with a launch and landing crane that is hidden away under the deck when not in use. The Sun Deck on the Classic Explorer version also has a military-style pilothouse, which at a height of over six meters above the water offers excellent visibility for safe navigation, while the stern section of the extensive Sun Deck is furnished with sunbeds and a sunpad.

Both versions offer a 65-square-meter owner’s suite on the Upper Deck with a spectacular 360-degree view. It’s design is both evocative and traditional, making explicit reference to North Atlantic tugboats. The layout can be customized to meet the owner’s needs.

The big fuel tanks and a special focus on efficient cruising deliver a “grand cruiser” range of over 6,000 miles at 11 knots. Top speed is about 15 knots and cruising speed 12 knots.

Fulvio de Simoni commented: “It isn’t easy to design an Explorer today because of the sheer number of valid propositions on the market. This project also required a special effort because it is designed to share the UP40 platform, which has been extensively researched and is optimised for the various models. This challenge sparked our creativity and encouraged us to seek out original solutions. In wanting to give this boat an exacting, almost military feel, my aim was to create a comfortable, reliable and safe unit that can be extensively customised, for extended cruises and long periods spent on board at any latitude and in any season. Hull optimisation ensures excellent seakeeping and a long range.” 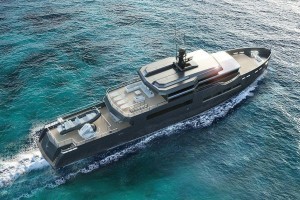 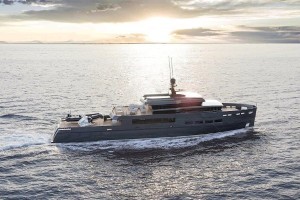 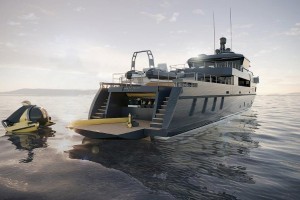 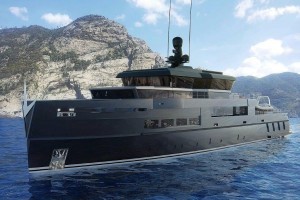 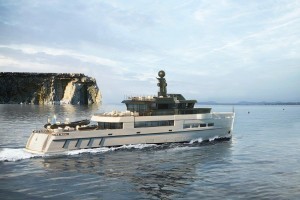 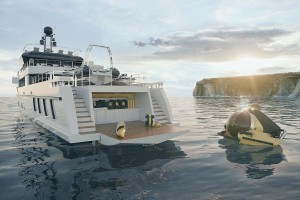 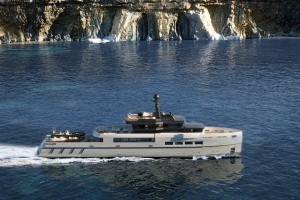 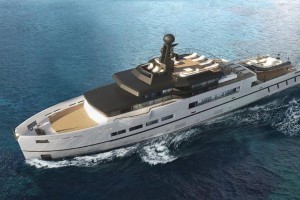 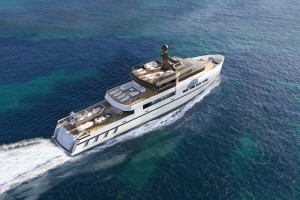 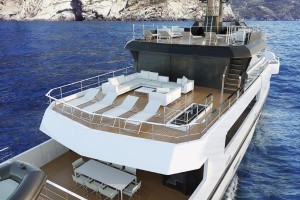 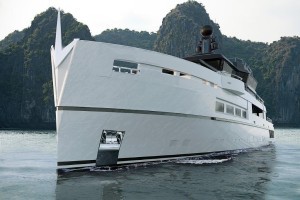 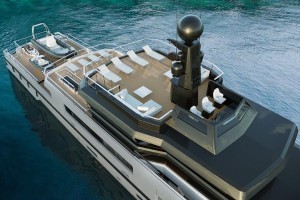 Break Away Three at the J/70 UK Nationals Championships