This summer MY Livingstone made a cruise to explore the beautiful fjords of the Norwegian coast. The first leg was from her homeport Urk to the Dutch Wadden Island of Vlieland. Leaving Vlieland at a steady speed of 10 knots she crossed the North Sea and reached the Norwegian port of Tananger in a day and a half.

This was the beginning of a stunning trip discovering beautiful sites like the Lysefjord with the famous Preikestolen and the authentic city of Bergen. MY Livingstone set course further North discovering hidden anchorages and remote moorings to spend days in total peace and quiet. After roaming the Norwegian coast for over one month Livingstone returned safe and sound to her homeport of Urk with new discoveries waiting on the horizon.

In an era where yacht builders are calling their yacht explorers we like to give you a short insight on Fram, an exploration vessel worthy of that title. Fram is a ship that was used in expeditions of the Arctic and Antarctic regions by the Norwegian explorers Fridtjof Nansen, Otto Sverdrup, Oscar Wisting, and Roald Amundsen between 1893 and 1912. It was designed and built by the Scottish-Norwegian shipwright Colin Archer for Fridtjof Nansen's 1893 Arctic expedition in which the plan was to freeze Fram into the Arctic ice sheet and float with it over the North Pole. After it became clear that Framcould not reach the pole Nansen went forth on foot and reached 86° 14' N.

Since her introduction September last year at the HISWA Amsterdam in water boat show MY Livingstone has received quite some interest from the international yachting press.

Boat International ranked her number 1 in their list of “The best modern classic yachts”, on the list Livingstone is in good company of some great yachts as Nero, Atalante and the Royal Huisman built Athena. The US magazine Passagemaker and the German Boote Exclusive magazine published reports of their sea trials with MY Livingstone. The Dutch magazine Nautique joined us on an exciting trip to London. 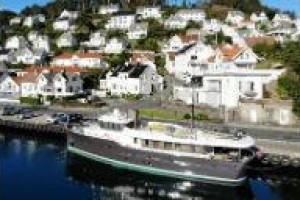 Hartman Yachts: MY Livingstone at the Cannes Yachting Festival