Tuxedo's Art: a Yacht and Art evening in the Bianchizardin gallery in Milan

An evening in which two expressions of creative flair, distant in initial spirit and ultimate goal, found themselves living together on the same object, the boat, to create something that combines the functionality of the craft item with the
lightness and transcendence of art.

This was the fulcrum around which revolved the event Tuxedo's Art organized in Milan by TUXEDO YACHTING HOUSE, the boatyard founded in 2020 by Laura and Francesco Ceccarelli, together with Gaia Bianchi and Andrea Zardin's gallery and art consultancy BIANCHIZARDIN, which also hosted the evening reserved for a select number of guests.

Playing the role of protagonists were the three young contemporary artists, Alan Borguet, Gianluca Patti and Paolo Treni, who, through their creative flair, communicated the corporate values of TUXEDO YACHTING HOUSE, a brand that is recent in the boating world, but developed on the experience of a manufacturer of aluminium boats since 1982.

The artists, each with their own signature style, have reproduced their works on the hulls of Tuxedo yachts to convey "the elastic but solid lightness of aluminium", as Tommaso Marinetti, founder of Futurism, put it. Indeed, aluminium itself has a differentiating value from other construction materials. Both in terms of sustainability and processing methods, characterized by high craftsmanship value, it makes each boat unique in itself. 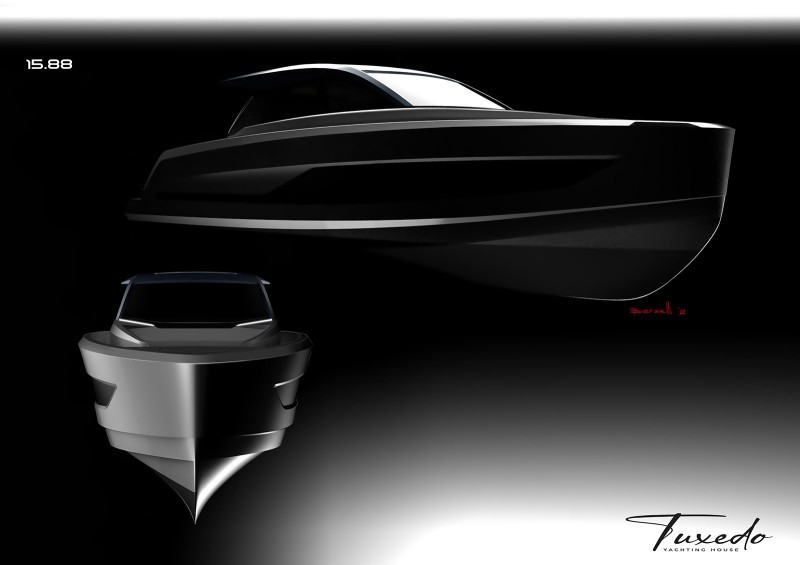 Yachts have always been home to prestigious works of art. TUXEDO YACHTING HOUSE and BIANCHIZARDIN take a step further by choosing to transform the yacht itself into a work of art through the creations of young talents. The yacht thus becomes a canvas, or perhaps a sculpture that the artists paint or shape to materialize their research and creative journey."It would be presumptuous to say that Tuxedo boats are works of art - said Francesco Ceccarelli, CEO of TUXEDO YACHTING HOUSE - We do not have this ambition, even though every creation we build is a unique work. That is also why we have chosen to continue building aluminium boats. Ours is an example of high craftsmanship in which man's manual skill is put at the service of a tangible purpose: to have a means of getting around at sea - or for any other purpose one wishes to interpret the boat object. And it was precisely to emphasize and make our work and the Tuxedos even more unique that we decided to develop this process together with BIANCHIZARDIN, in whom we found a partner as stimulating as it is ready to grasp our nature".

"It is thanks to these three young and fascinating artists with whom we decided to collaborate, and also thanks to the input of those who know them well such as Andrea and Gaia, that we are particularly proud of this initiative - added Laura Ceccarelli - It is a way of making creative flair close to our daily work and, above all, available to Tuxedo owners so that they can dress their boat in something truly unique and inimitable like a work of art".

"We liked the idea of bringing artists and their art face to face with such a special and exclusive industrial reality as luxury yachts, places where art itself often ends up," said Andrea Zardin, the third generation at the helm of one of the most vital galleries in the Milan capital. "There is a strong parallelism between art and boats. In both cases, the visual impact is fundamental, an emotional attraction cannot be ignored. But behind it there is a whole process of creation and preparation that goes beyond aesthetics. And even often it is the process that brings us even closer to what we are observing, or even experiencing, making us appreciate new and deeper aspects of it. And in the case of a unique object like a Tuxedo, the similarity is even more intimate'.

Paolo Treni (Lake Garda, 1981) is an artist who works extensively on the spatialdesign aspect of the work, from the Plexiglas sculpture exhibited in Portofino in front of the sea, to the aluminium of a yacht that becomes a work to be experienced directly at sea, to "create simulacra in a perpetual relationship with light". His interpretation of Tuxedo aims to reveal the cosmic suggestions explored by the brand-new James Webb Telescope, bringing out the dreamlike connections between the marine abysses and deep sidereal space. This way, gravitational waves stir on the hull, sometimes irradiating it like cosmic rays, sometimes evoking in the flow the sea waves that refract and break up in the thousand reflections of the waters.

Gianluca Patti (Monza, 1977) bases his research on the study of colour and matter and their influence on our lives, the vibration they transmit. "For Tuxedo, I chose to interpret their story by imagining a new concept of boat that can be brought to life by art and design".

Alan Borguet (Milan, 1988), a young and multifaceted artist, started out in street art and now moves on from painting to sculpture, from sign art to the creation of works in which the material used to make them, such as marble or wood, is recycled, with the aim of transmitting a concept linked to a single gesture. He interprets the Tuxedo hull as a large canvas, like the surface of a sculpture on which to intervene. He elaborates the concept of street art and brings it back to the sea, where his "sign" is transformed into energy. The energy that is part of existence itself and vine generates and between Massa from matter: aluminium, the sea. 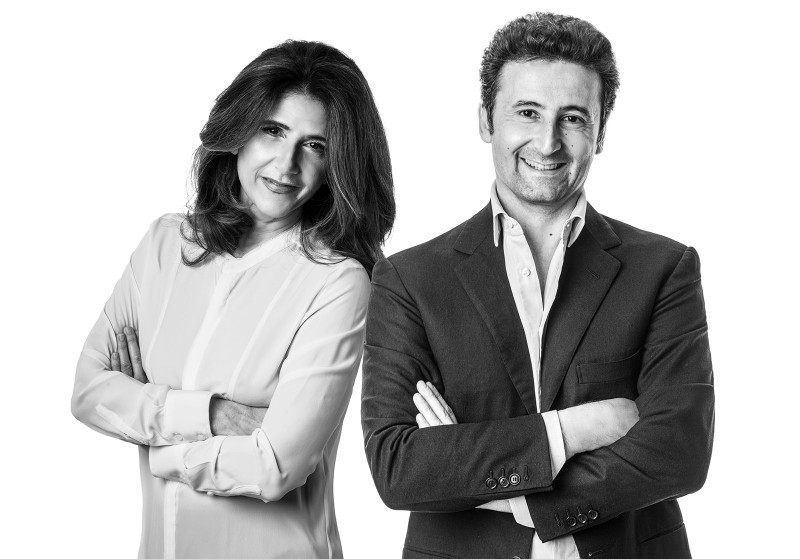 Baglietto gives itself the eight order of the year