TEAM Italia, an international leader in integrated navigation systems presents the innovative i-Bridge® four Islands system developed to integrate three functional requirements that are specific to both navigation and onboard safety: modern systems, modern ergonomics and modern technologies. The resulting ergonomics are more in tune with the features of the latest onboard systems based on an advanced modular layout.

Inspired by the concepts of e-navigation, a group of experts from the TEAM Italia’s R&D Department, led by Daniele Ceccanti, cofounder of the company and R&D Director, worked for 16 months on the project. Top manufacturers from all over the world placed their prototypes at TEAM Italia’s disposal with the aim of testing them and assisting with the work of releasing and preparing those applications which are best suited to integrate with onboard equipment.

“We’re always on the look out for technological innovations so we can develop and integrate our i-Bridge® solutions,” commented Daniele Ceccanti. “I’ve personally had extensive experience in the world of commercial shipping where the concept of e-navigation, about which there has been much talk over the past year, will most certainly be a factor of primary importance in the future. What is essential, however, is the way in which we can bring it into the world of pleasure boating, which has totally different ship handling rules. This was the spark which drove us to push further to determine new parametres and layouts which work well with the requests of our owners and captains.”

The modules have been studied very carefully and feature arrangements which will adapt to the wheelhouse and type of ship on which they are to be installed. The layout presented at the Monaco Yacht Show was studied for Giga yachts measuring 60m and over.
The basic modules consist of:

Central Brige Consolle
This mainly brings together all those functions related to handling the ship and navigation.
Multi-control systems have been implemented and the system can be configured in three ways. This has also been made possible thanks to the innovative 50'' multi-view transparent system display.

- head-up display (HUD)
- conning
- supervisor
Moreover, the new FarSounder SonaSoftTM software control  has been integrated in the I-Bridge® System and it is able to be manuevered from the Multicontrol OLED.

Internal wings
The 32” display systems are based on the most innovative 4K technology  currently available, allowing for top quality resolution and assisting with the supervision and management of the ship through multi-touch monitoring. This system was developed by Onyx Marine Automation, a company that is part of the TEAM Italia group.

Planning Station
Besides fulfilling all those functions involved in charting navigation, ship monitoring and surveillance of the ship whilst at anchor, the Anchor Watching System (AWS), makes it possible to manage information referring to  onboard technological systems.

Once again within the sphere of e-navigation, the entire integrated i-Bridge® system provides for the remote-controlled diagnostics for which TEAM Italia has created its own technological system, Ocean Marine Support, assigning a TEAM of engineers to work specifically on this service.

“Careful analysis of our market,” commented Massimo Minnella, co-founder and CEO of TEAM Italia “led us to design i-Bridge® four Islands. Indeed, we noticed that there’s been a gradual move towards Giga Yachts over the past few years, and TEAM Italia is structured to develop increasingly more innovative technologies and services which can respond to this market’s specific demands.” 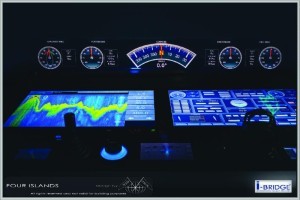 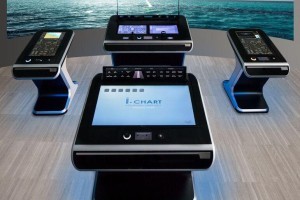 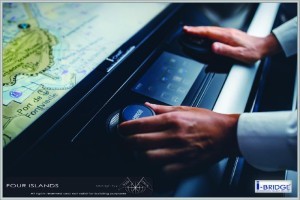 Freedom Boat Club announced its expansion to the Asia-Pacific region

Videoworks, the most sophisticated technologies on board CRN MY Rio

Team Italia presents Dharma Next at the Monaco Yacht Show